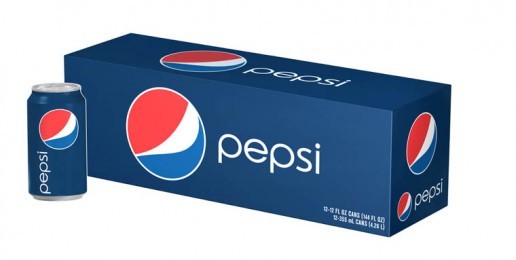 Speech of Greg Quinlan to the PepsiCo Board of Directors at the May 5 Pepsi Shareholders Meeting
05.13.10
PRINT

by –Parents and Friends of Ex-Gays and Gays (“PFOX”)

Ms. Indra Nooyi [PepsiCo chair], last year at this same event, you said that PepsiCo is “committed to diversity and inclusion without imposition of personal judgment.” So why does PepsiCo continue to fund organizations that hate ex-gays like me?

PepsiCo, Inc. is the leading corporate sponsor of Parents, Families and Friends of Lesbians and Gays, known as PFLAG. PFLAG’s latest publication, a religious guidebook, instructs its members to protest against religious conferences which feature ex-gay speakers like me. PFLAG’s religious guidebook even directs members on how to create picket signs for these protests. It also urges members to hold press conferences and issue press releases against ex-gay religious events “to remind people that there is more than one faith message.”

Unlike the Coca Cola Company, PepsiCo refuses to divulge the exact amount of money it donates to various groups. This secrecy by PepsiCo leads to misuse of corporate funds. For example, PepsiCo says it gave ‘over $100,000’ last year to PFLAG, but refuses to specify the exact amount. In past years that amount has meant as much as half a million dollars. This means that Pepsi may be giving away $500,000 or more in corporate earnings to a controversial organization to help fund its religious viewpoint. Pepsi helps fund religious bigotry and hatred.

The Coca Cola Company lists the exact amounts of its corporate donations. Pepsi should do the same. Why is PepsiCo hiding this information? In the era of Bernie Madoff, Enron, bank failures and the like, Pepsi must be accountable; Pepsi must be transparent to her shareholders and customers. But you are not.

PepsiCo is listed on the PFLAG website as a founding sponsor of PFLAG’s so-called “Straight for Equality” program. This program is aimed at heterosexuals. It gives heterosexuals a list of 10 things they can do to be what they call, a “straight ally,” in their church.

This PepsiCo funded program also publishes a “Straight for Equality in Healthcare” manual for heterosexual doctors and nurses. This PFLAG manual misquotes medical associations in an attempt to discredit the ex-gay community. The manual also labels our lives as “snake oil” and “deceitful.” It makes a list of groups to avoid, called “Meet the Snake Oil Salesman.” Three ex-gay groups are listed. One of them is Parents and Friends of Ex-Gays and Gays, PFOX. My name is Gregory Quinlan; I am the President of PFOX. I am an Ex-Gay man.

Madame Chair and Board of Directors, I can tell you that almost everything said about PFOX on p. A-29 of your PepsiCo funded manual is a lie. Why would you donate even one dollar to spread this kind of hate against people like me? I’m asking you here and now to correct these lies about PFOX on PepsiCo’s website so you can immediately undo some of the damage you have paid for.

Ms. Nooyi, you lead PepsiCo’s Diversity and Inclusion Governance Council. I don’t want to hear any more words from you about diversity and inclusion — I want you to actually practice it. [Applause]

As for Peggy Moore, who represents PepsiCo on the PFLAG Board Workplace Diversity Committee, she should be fired because she doesn’t know the first thing about diversity if she can’t respect people like me. And PepsiCo should resign immediately from PFLAG’s so-called Diversity Committee. Why would PepsiCo sit on a committee that defines diversity to only include those people whose religious ideology they agree with?

Ms. Nooyi and PepsiCo Board of Directors, do you make these decisions because of replicated scientific studies supporting specific biological etiology for homosexuality? I can answer that for you. You can’t because there is zero evidence. ZERO that anyone is born homosexual.

Once again, I urge the PepsiCo Board of Directors, yes; each and every one of you, to do your jobs and hold PepsiCo to the ideals and standards it claims to follow. I shouldn’t have to come here year after year asking PepsiCo to stop funding hate against people like me.

The PepsiCo Charitable Contributions Shareholder Proposal asks PepsiCo to fully divulge its funding to groups and account for how the company’s charitable contributions are actually used, a reasonable request. Otherwise, PepsiCo’s actions will adversely affect its public image and goodwill.