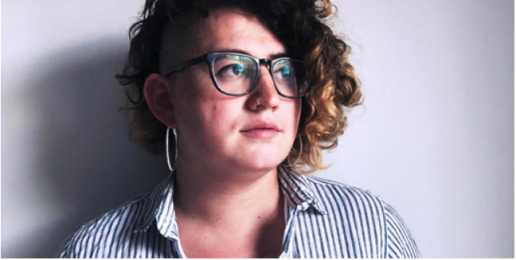 A painfully honest and disturbing editorial by New York University PhD candidate Andrea Long Chu, a young man who longs to be a woman, recently appeared in the New York Times. Chu’s central thesis is that gender-dysphoric persons are entitled to surgery and that surgeons have an obligation to provide it regardless of their beliefs about what constitutes harm. In Chu’s skewed and revolutionary view, “surgery’s only prerequisite should be a simple demonstration of want…. [N]o amount of pain, anticipated or continuing, justifies its withholding.”

Chu, who has been taking estrogen and evidently had breast implants, is scheduled for “bottom” surgery on Thursday, November 29 and in this pre-op editorial admits what many “trans”-identifying people likely wish he hadn’t:

This is what I want, but there is no guarantee it will make me happier. In fact, I don’t expect it to…. People transition because they think it will make them feel better. The thing is, this is wrong…. I feel demonstrably worse since I started on hormones. One reason is that, absent the levies of the closet, years of repressed longing for the girlhood I never had have flooded my consciousness. I am a marshland of regret. Another reason is that I take estrogen—effectively, delayed-release sadness, a little aquamarine pill that more or less guarantees a good weep within six to eight hours.

Like many of my trans friends, I’ve watched my dysphoria balloon since I began transition. I now feel very strongly about the length of my index fingers—enough that I will sometimes shyly unthread my hand from my girlfriend’s as we walk down the street. When she tells me I’m beautiful, I resent it…. I know what beautiful looks like. Don’t patronize me.

I was not suicidal before hormones. Now I often am.

I won’t go through with it, probably.

Chu goes on to criticize opposition to the chemical sterilization and surgical mutilation of healthy and often very young bodies as “‘compassion-mongering,’” describing it as “peddling bigotry in the guise of sympathetic concern.” Apparently, Chu is unwilling to concede even the possibility that such opposition is motivated by genuine concern and sincere commitments to do no harm.

But harm is a concept that Chu inverts and twists in his effort to compel doctors to medically ravage the bodies of girls and boys, women and men. His confusing thicket of childish rationalizations for compelling doctors to concede to the “wants” of gender-dysphoric persons come down to these:

1.) Doctors shouldn’t be allowed to “gatekeep,” (i.e., to decide which treatment modalities will be prescribed for gender-dysphoric persons), because, Chu alleges, many doctors view “trans”-identifying persons with “suspicion and condescension,” and are motivated by “bigotry.”

3.) Allowing doctors to determine the best course of action constitutes an illicit dictatorial control over the bodies of gender-dysphoric persons and encourages them to lie by pretending that such treatment modalities will, indeed, end their suffering:

As long as transgender medicine retains the alleviation of pain as its benchmark of success, it will reserve for itself, with a dictator’s benevolence, the right to withhold care from those who want it….  [A]s things stand today, there is still only one way to obtain hormones and surgery: to pretend that these treatments will make the pain go away.

Chu wants what he wants, and any impediment—including the knowledge and expertise of doctors—to the satiation of his desire for self-negation is ipso facto wrong. This raises the question, does Chu believe his principles should be applied consistently to all medical and psychological conditions or just gender dysphoria?

Chu’s explanation that doctors are motivated by the goal of alleviating pain is myopic or incomplete. Many doctors believe the practice of medicine—both means and ends—is circumscribed by objective standards that determine the appropriateness of medical options. Those standards derive from objective measures of bodily health and wholeness. The goals are the eradication of disease, the restoration of proper form and function, and the alleviation of pain. The alleviation of pain is limited too by ethical principles. Most doctors won’t alleviate the suffering of those who identify as amputees by amputating healthy arms. Most doctors won’t treat insomnia with propofol. And many doctors won’t treat gender dysphoria by chemically sterilizing pre-teens, lopping off the healthy breasts of girls, and castrating boys.

Chu’s troubling editorial reveals the primacy of subjectivism in the “trans” ideology. Subjectivism is the philosophical belief that knowledge “proceeds from or belongs to individual consciousness or perception” and that “there is no external or objective truth.” Subjectivism is foundational to the “trans” ideology, which subordinates objective biological sex to subjective feelings about one’s maleness, femaleness, both, or neither. This exaltation of subjective experience is exposed in Chu’s implicit denial of the objective truth of his surgery: “Next Thursday, I will get a vagina.”

Chu is not getting a vagina. He will be getting a surgeon-constructed facsimile of a vagina. It won’t be materially or functionally a vagina. It will be composed of either the inverted skin of his penis and scrotum or a segment of his sigmoid colon. If skin from his penis and scrotum are used, his fake-vagina will not be self-lubricating as vaginal tissue is, and it may grow hair. If a segment of his sigmoid colon is used, his “vagina” may produce a smelly, mucus-y discharge, will be at risk for colon cancer, and will not have the sensitivity of an actual vagina.

Even while claiming he will be getting a vagina, Chu acknowledged that his body won’t see it as that: “Until the day I die, my body will regard the vagina as a wound; as a result, it will require regular, painful attention to maintain.” His body will always recognize this gaping hole as the unnatural wound it is and will seek to close it unless Chu regularly inserts dilating stents.

Ironically, while Chu places his subjective, internal feelings at the center of his identity and bases his actions on them, like many other opposite-sex impersonators, he denies the same freedom to others. In fact, he believes his subjective desires place obligations on others. His subjective feelings about his sex require actions of others that deny their subjective feelings and beliefs about the meaning of biological sex and of harm. Chu seeks to force doctors to violate their moral convictions, ethical principles, and concomitant feelings in order to serve his “wants.”

Chu writes this about the real possibility that more and new forms of suffering may follow surgery:

The negative passions—grief, self-loathing, shame, regret—are as much a human right as universal health care, or food. There are no good outcomes in transition.

While grief, self-loathing, shame, and regret are common experiences, it is nonsensical to refer to them as human rights. Chu seems to be suggesting that surgery and the ensuing suffering are not only human rights but also that they’re positive rights, which are rights that oblige others to do or provide something. Chu believes doctors, in violation of their own ethical convictions—convictions that are central to their identities—are obliged to provide services that will damage bodily functions and wholeness and may result in grief, self-loathing, shame, and regret.

In the mixed up, muddled up, shook up world of Andrea Long Chu, doctors will mutilate, treatment will harm, and men will be women. Isaiah writes, “Woe to those who call evil good and good evil, who put darkness for light and light for darkness, who put bitter for sweet and sweet for bitter!” (Isaiah 5:20)

In his spiritually dark, inverted world, Chu seeks self-erasure and longs for woe:

Tragically I still want this, all of it. I want the tears; I want the pain. Transition doesn’t have to make me happy for me to want it.

On Saturday, March 16, 2019, the Illinois Family Institute will be hosting our annual Worldview Conference. This coming year, we will focus on the “transgender” revolution. We already have commitments from Dr. Michelle Cretella, President of the American College of Pediatricians; Walt Heyer, former “transgender” and contributor to Public Discourse; and Denise Schick, Founder and Director of Help 4 Families, and daughter of a man who “identified” as a woman.

The Transgender Ideology:
What Is It? Where Will It Lead? What is the Church’s Role?
Stay tuned for more information!