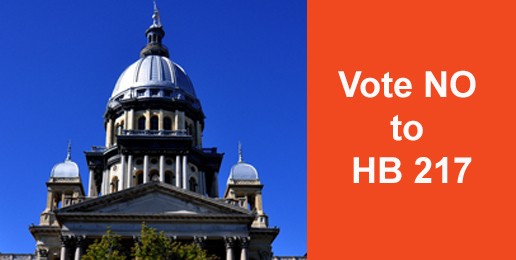 In a stunning, counter-cultural op-ed appearing in the LA Times and Chicago Tribune, Dr. Eric Vilain, professor of pediatrics and human genetics at UCLA and director of the Center for Gender-Based Biology, and J. Michael Bailey, psychology professor at Northwestern University, warn lawmakers against banning “conversion” therapy for minors who experience gender dysphoria. They argue that attempts by lawmakers to ban “all therapists from helping families trying to alleviate children’s gender dysphoria would be premature, a triumph of ideology over science.”

Further, they take particular aim at President Barack Obama’s public support for “conversion” therapy bans, urging him to “set a better example by pausing at the limits of our knowledge and encouraging scientists to collect the data we need.” They warned that until such knowledge is available, “let’s be careful about telling the well-meaning parents of gender-dysphoric children what to do.”

If Illinois lawmakers—never known for humility about their own knowledge—truly care about children, they will heed the words of these scientists. Illinois state senators should vote “no” on the “conversion” therapy ban (HB 217).

Here is an extended excerpt from Vilain and Bailey’s compelling op-ed (emphasis added):

Since the age of 2, he has been a very different kind of boy. He enjoys wearing his mother’s shoes and his sister’s dresses. He likes to play with girls and hates playing with boys, who are too rough.

Now 5, he has told you that he wants to be a girl. In fact, he insists that he is a girl. Your son isn’t just feminine; he is unhappy being a boy. He has gender dysphoria.

You love him and you want him to be happy. But you’re worried. Some older kids have started to tease him, and some parents have expressed disapproval.

It seems you have two choices. You could insist that he is a boy and try to put an end to behaviors such as cross-dressing and saying that he is a girl. The alternative is to let him be a girl: grow long hair, choose a new name, dress as he (or “she”) pleases, and when it is time, obtain the necessary hormones and surgeries for a female body.

As scientists who study gender and sexuality.…[w]e do know a lot about such boys. This includes some important facts rarely mentioned in the discussion about how they should be raised. We suspect this is because those facts are inconvenient to the narratives that have come to predominate.

Perhaps the most influential account is that gender dysphoric children have the minds and brains of the other sex, adult transgenderism is inevitable, and early transition to the other sex is the only humane option.

But this narrative is clearly wrong in one respect. Gender dysphoric children have not usually become transgender adults. For example, the large majority of gender dysphoric boys studied so far have become young men content to remain male. More than 80% adjusted by adolescence.

Granted, the available research was conducted at a time when parents almost always encouraged their gender dysphoric children to accept their birth sex…

The little data we have indicate that parental acquiescence leads to persistence.

As more and more parents let their gender dysphoric boys live as girls, the percentage of persisters may increase dramatically.

But, again, we don’t yet know whether it’s better to encourage adjustment or persistence.

(We have focused on gender dysphoric boys because their parents have contacted us much more often than parents of similar girls. Moreover, many fewer gender dysphoric girls have been studied scientifically. The same basic facts appear to be true for both sexes, however.)

Let’s take a look at the likely life trajectories of two imagined gender dysphoric boys: David, whose parents insist he stay David, and Max, whose parents allow him to become a girl, changing his name to Maxine.

In the short run, David will experience more psychological pain than Maxine. Adjustment to being a boy necessarily means accepting that he can’t be a girl, something he desperately wants. Still, most gender dysphoric boys have managed the mental transition.

In the long run, Maxine will need serious medical interventions. In late childhood she will need hormones to block puberty; she will then take estrogen for the rest of her life. Eventually, she may want genital surgery. Although this surgery is usually satisfactory, side effects requiring additional surgery are not uncommon.

…Some professionals who do [conversion therapy to help pre-adolescent children overcome gender dysphoria] have no moral issue with transgenderism but are trying to help children avoid later medical stress. That is a reasonable goal….

The Illinois House of Representatives passed Illinois’ “conversion” therapy ban last week in a shameful display of arrogance and cowardice that epitomizes why Americans hold their elected representatives in disdain.

First, acting as speaker of the house, state representative Lou Lang (D-Skokie)—you know, the 27-year veteran lawmaker whose pockets are lined with filthy lucre from the gaming and marijuana industries—abruptly closed floor debate and called HB 217 for a vote just seconds after the bill’s sponsor, lesbian Kelly Cassidy (D-Chicago), offered her appeal for the bill’s passage.

Second, the only Republican who even attempted to make a comment was Tom Morrison (R-Palatine) who was arrogantly ignored by Lou Lang despite several appeals.

Do Illinois “progressives” not feel even a twinge in their shrinking vestigial consciences that this dubious bill was passed in the House through such ethically icky tactics?

HB 217 was heard in the Senate Executive Committee last night.  As expected, the bill passed by a vote of  11-4, with Senator Mattie Hunter (D-Chicago) voting present.  Senators Christine Radogno (R-Lemont) and Chris Nybo (R-Hinsdale) voted in favor of this terrible bill.  It now moves to the Senate floor where a vote may come as early as Friday.  Please speak out TODAY!