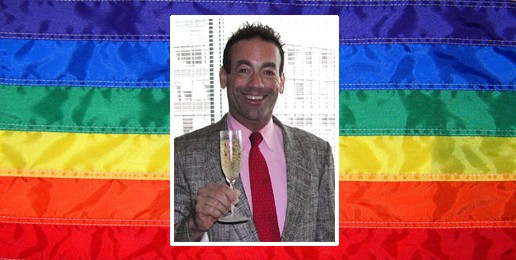 Regnerus’ research has come under heavy fire for flawed test construction which, critics charge, is due to bias. The central criticisms include the following:

The scorched earth assault on Regnerus’ study was precipitated by two events: a petition signed by 200 academicians, surely motivated only by their professional concern for the ethical integrity of academic research (nudge, nudge, wink, wink).

The other precipitating event was a formal letter of complaint sent to the Director of Research Integrity at the University of Texas by a notorious homosexual activist from New York City, Scott Rose (aka Scott Rosenweig or Rosensweig), who is known for his anti-Christian hatred, obscenity-laced screeds, and misogyny.

Rose likes to think of himself as an “investigative journalist,” and the “neutral” press is only too happy to play along. Rose’s role in the Regnerus saga needs to be more fully known and his dubious character more fully exposed.

I first learned about Rose last year while working with a parent group in the Anoka-Hennepin school district in Minneapolis who were trying valiantly to establish school policy that would prevent teachers from using curricula and their classrooms to advance their personal moral and political views of homosexuality. Rose sent a letter to the Anoka-Hennepin superintendent in which he called the parents group as well as Minnesota Family Council, “loud-mouthed anti-gay bigot adults.”

Then last month, Rose contacted me incensed that I had posted an article critical of Harvey Milk. At one point in our email exchange I said, “My hope and prayer is that someday you will come to know Christ, who can free you from bondage to sin and give you peace,” to which Rose responded, “You come at me with your condescending Jesus bull****. You cannot possibly have any close friends who are Jewish, because if you did, you would know not to come at a Jewish person with your Jesus bull****.”

Even more disturbing — bordering on pathological — is the blog Rose had which was titled “Anti-Gay Bigotry Scares Me.” He took it down within a week after our email exchange during which I quoted his own shocking words from his blog to him. I suspect Rose took down his blog because he didn’t want his true nature to be revealed to the public and the credulous press.

Rose now writes for The New Civil Rights Movement, whose name parasitically exploits the African American fight for civil rights and depends on the offensive and nonsensical comparison of homosexuality to race. You can, however, read two of his posts, (HERE and HERE), that were available online as recently as June 10, 2012.  (Caution: disturbing images and language) These posts are ironic coming from a card-carrying member of the “no-name-calling” crowd.

The first one is an execrable piece of calumny written about the brilliant Maggie Gallagher of the National Organization for Marriage who endures the most pernicious ad hominem attacks in the thankless job of defending marriage.

The second of Rose’s blog posts is a repellent attack on Laurie Thompson, one of the parents in the Minneapolis parents group that works tirelessly for the good of children and the integrity of public education.

I apologize to Maggie Gallagher, Laurie Thompson, and IFI readers for the obscene, hateful, misogynistic content of these posts, but the public needs to know the true character of the man who is now trying not just to challenge Regnerus’ research but to assassinate the character of anyone who dares to dissent from Rose’s beliefs about homosexuality.

The viciousness, speed, and intensity of the attacks from academicians on Regnerus’ research seem unusual, particularly as compared to the lack of criticism leveled at research whose findings the homosexual community likes. I wonder why 200 academicians didn’t criticize the deeply flawed lesbian study that came out in 2010. As Andrew Ferguson wrote in the Weekly Standard:

The limitations of Regnerus’s study compare favorably with the shortcomings found routinely in the same-sex literature. It does no credit to the guild that researchers have choked on Regnerus’s paper while happily swallowing dozens of faulty studies over the last 20 years—because, you can’t help but think, those studies were taken as confirming the “no difference” dogma. “If the Regnerus study is to be thrown out,” wrote the Canadian family economist Douglas Allen in a statement supporting Regnerus, “then practically everything else [in the literature] has to go with it.”

Social science research can be helpful, but most of us who are non-social scientists and non-statisticians won’t be able to evaluate the quality of research studies. And in this highly politicized, pro-homosexual climate, it’s difficult to determine the reliability of even assessments of the quality of the research.

Finally, social science research has limited utility and certainly can’t be used as any ultimate arbiter of morality. If, for example, social science research were to show that children raised by parents who were biological siblings fared just as well as children raised by non-siblings, I don’t think society would conclude that sibling incest is morally defensible—at least not yet.