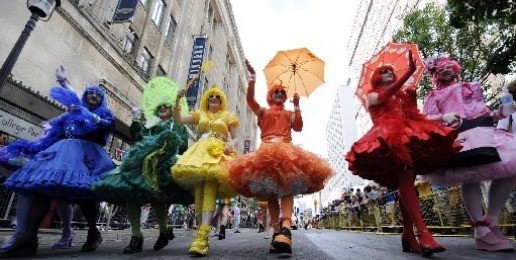 Yes, interracial relationships are as freely chosen as same-sex relationships, but it is not the act of choosing that determines the moral status of a relationship. It is the nature of the choice being made that determines its morality or the irrelevance of moral considerations. My frequent reference to volition in discussions of homoeroticism is not to argue that the presence of volition renders an act immoral. Rather, it’s to say that conditions that have no behavioral implications whatsoever—like race or eye color—are, unlike homoerotic activity, devoid of moral implications. It is not the mere fact that someone chooses to engage in sexual activity that renders their sexual activity licit or illicit. Rather, it is the nature of the sexual activity they choose that determines its moral status.

As I have written earlier, anti-miscegenation laws were based on a deeply flawed understanding of both race and human nature. They were based on a false belief that different races possessed fundamentally different natures. As Dennis Prager explains:

There are enormous differences between men and women, but there are no differences between people of different races. Men and women are inherently different, but blacks and whites (and yellows and browns) are inherently the same. Therefore, any imposed separation by race can never be moral or even rational; on the other hand, separation by sex can be both morally desirable and rational. Separate bathrooms for men and women is (sic) moral and rational; separate bathrooms for blacks and whites is (sic) not. . . . a black man’s nature is not different from that of a white man, an Asian man, an Hispanic man. The same is not true of sex differences. Males and females are inherently different from one another.

Whereas a correct definition of marriage emerges from and depends on a proper understanding of the natures of and real differences between men and women, anti-miscegenation laws emerged from and depended upon erroneous understandings of the natures of different races. Marriage is the primary cultural institution that recognizes and is centrally concerned with the ontological differences between men and women, differences that result in children whose rights and proper development are best served by being raised by their biological parents.

The reason homosexual activists and their ideological allies continue to compare homoeroticism to race is not because homoeroticism and race are identical or even substantively similar in nature. Homosexuality is constituted by subjective feelings and freely chosen behaviors. Whatever contributive role biochemistry may one day be found to play in the development of same-sex attraction is wholly unlike the contributive role biochemistry plays in determining, for example, skin color.

Further, the role of biochemistry tells us precisely nothing about the moral status of freely chosen behaviors. Just as angry outbursts are not justified by the presence of biochemical factors that may contribute to aggressive feelings, neither are homosexual acts rendered inherently moral because biochemical factors may contribute to the development of same-sex attraction.

“Progressives” seem to believe that the fact that some Christians were wrong on one issue (i.e., race) is proof positive that they’re wrong on another (i.e., homoerotic activity). And/or they believe that the only point of correspondence between homoeroticism and African-American descent is the fact that some Christians disapproved of both, which, of course, says nothing about either condition per se.

The grievous failure of Christians to follow the clear teachings of Scripture on one issue (i.e., race) does not justify their abandonment of Scripture on other issues, in this case sexuality and marriage. The current twisting of Scripture on sexuality and marriage by the heterodox and by those who don’t even claim to be Christians but seek to use Scripture for their own selfish ends represents the same kind of destructive exploitation of Scripture that racists engaged in to promote their self-generated beliefs. Condemnation of racism and all its institutional manifestations grows out of a right understanding of Scripture. And so too do condemnation of volitional homoerotic activity and opposition to the legal recognition of same-sex unions as “marriages” grow out of a right understanding of Scripture.