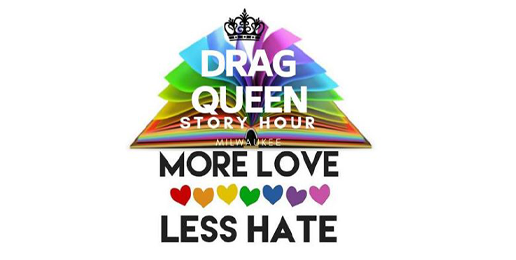 Public Libraries Are Dragging Our Kids Down
05.04.19
PRINT

For most children, there are few things as fun as story time. Whether it’s at home, school or the local library, children listen attentively to fantastic stories of kings, dragons, and furry animals. Sadly, story time has now become indoctrination time.

For those who may not know, a drag queen is a man–usually homosexual–who likes to dress up in garish makeup and tacky, revealing women’s clothing. Not so long ago, drag queen performances would be something you’d have to seek out in the seediest of nightclubs in major cities. Today, one need look no further than the local, friendly public library–you know, the same place where kids used to go to check out books or seek assistance with their homework. Many of our publicly funded libraries have been taken over by radical pro-homosexual leftists who believe they are doing our children a service by supposedly teaching them “tolerance” and “diversity.”

These drag queen story hours have been around for a few years now, and therein lies the problem. Why are we as God-fearing taxpayers allowing these abominations to take place in our communities? (Laurie Higgins first wrote about this in 2017.) Many of these drag queens dress in provocative clothing which are scandalous enough to an audience of adults, let alone small children. They read propaganda masquerading as picture books, like “Sparkle Boy” or “My Princess Boy,” encouraging children to rebel from their God-given gender roles.

Drag Queen Story Hour (DQSH) has become a pet cause among liberals who have bought into the Godless culture. They’ll readily take their toddlers and children to these library-hosted events as readily as they take their kids to homosexual pride parades. There’s even a DQSH Facebook page where they describe their story as follows:

Drag Queen Story Hour is just what it sounds like: local drag queens reading stories to children. Created by Michelle Tea and RADAR Productions in San Francisco, DQSH now happens in SF, LA, New York, and beyond! Drag Queen Story Hour captures the imagination and play of the gender fluidity in childhood and gives kids glamorous, positive, and unabashedly queer role models. In spaces like this, kids are able to see people who defy rigid gender restrictions and imagine a world where people can present as they wish, and where dress-up is real.

A San Francisco librarian who seems to equate moral disapproval with bullying:

Drag Queen Story Hour is a wonderful program that helps to bring acceptance of diversity to our communities. At the most recent DQSH at The Eureka Valley/Harvey Milk Memorial Branch Library, the presenter, Black Benatar, read “My Princess Boy,” by Cheryl Kilodavis. When she finished reading, she asked the children (about 40 of them), ‘If you met a Princess Boy, would you make fun of him?’ and all the children said, ‘No!’ Then she asked them if they would ask him to play with them, and they all said, “Yes!” I had tears in my eyes, it was so beautiful and moving. This program is more important than ever.

These librarians believe the practice of cross-dressing is wonderful when, in reality, it’s the opposite. Adults have no business normalizing sexual perversity to children and no business using taxpayer funds–which include their salaries–to promote their controversial views.

It’s not surprising that these kinds of events are becoming more mainstream. On ABC a few months back, the nationally-televised morning program hosted a 10-year-old drag queen. The hosts and studio audience applauded in approval. This same boy posed for a homosexual magazine recently with an adult male drag queen who only wore his wig and makeup for the shoot. Again, the same boy surfaced in an online video, dancing at a nightclub, with adult homosexual men were tucking dollar bills in the boy’s outfit. It was a new low for American society.

It’s the classic frog in a pot of water for our kids. The forces of evil are turning the heat up little by little until our kids’ souls are boiled alive. All decent community members, including parents and community leaders, are obligated to take action to stop this kind of molestation of our once-respectable, taxpayer-funded public education institutions.

Our children and young people are being slowly brainwashed by the weaponized radical left. Their weapons of choice used to be mainstream movies, television, music, and advertising, but today the most dangerous places for children (after their mother’s womb) are their local public schools and now their neighborhood public libraries.

Please let us know if your local library is hosting such events. Perhaps if we have enough parents protesting these inappropriate “story hours,” we can put a stop to them once and for all.

The LGBT (Ideological) Seduction of Our Children
b
a
x
r