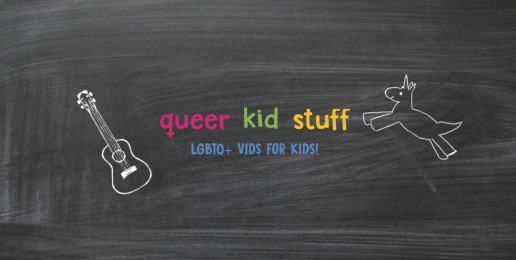 The 21st Century Leftist alchemical superstition that male humans can transmute into females or vice versa provides evidence that “progressives” are the real science-deniers and that contemporary man is not immune to the kind of indoctrination with irrational and destructive ideologies that has corrupted societies throughout history.

To move sex-alchemy from the fringes of society where it belonged into the mainstream required a revolutionary coup of the apparatuses of thought control: academia, mainstream press, the arts, religious institutions, and professional medical and pseudo-medical organizations.

To sustain this alchemical delusion also requires prohibiting everyone from asserting that the emperor wearing women’s clothing is actually a man, hence the demand that women share restrooms, showers, and shelters with emperors and other men, and the imposition of draconian consequences for those who dare to call the be-gowned, bedazzled emperor “Sir.”

The wholesale cultural embrace of the superstition that humans can change from male to female and vice versa relied too on redefining and inventing terms.

First, Leftists redefined “identity” to include all phenomena that constitute identity, from objective, non-behavioral phenomena like skin color to subjective desires and volitional activity like homoeroticism, and suggesting that human flourishing cannot be achieved unless all phenomena that constitute identity are affirmed by others. This was a way to render all aspects of “identity” immune from moral judgment. Before this redefinition, no one felt obligated to affirm all the subjective feelings or volitional activities of their fellow fallen men and women.

Then to further the cultural embrace of sex-alchemy, Leftists needed to separate the objective, immutable phenomenon of biological sex from subjective, often-fluid feelings and desires about one’s sex. This required a two-part rhetorical/conceptual contortionist move.

Leftists started by separating “gender,” which was formerly a synonym for sex, from sex. Gender came to denote the “socially constructed roles, behaviours, activities, and attributes that a given society considers appropriate for men and women.”

The second part involved the introduction of the term “gender identity,” which refers to one’s subjective feelings about one’s sex or as the Left says, one’s “internal sense” of being male or female. This was invented to provide rhetorical cover and ontological gravitas for subjective desires about objective phenomenon (i.e., one’s sex).

Next Leftists really went out into orbit by inventing the term “sex assignment.” But just as they were forced to change “sex change surgery” to “gender confirmation surgery,” they have been forced to change “sex assignment” to “infant gender assignment” in order to accommodate objective, scientific facts. Babies are no more “assigned” a sex at birth than they are assigned a species or a birth weight. Their sex is identified.

It’s impossible for the Left to keep from bumping into their own intellectual nonsense: If “gender” now refers to cultural expectations for boys and girls, it’s absurd to claim that doctors are assigning to babies cultural expectations. Doctors identify an objective, intrinsic feature of babies: their sex.

So, in the service of their anti-science, alchemical tomfoolery, an organization called Queer Kid Stuff premiered their video series in April 2016 with ten more episodes posted in the fall. The creator and host of this video series is lesbian Lindsay Amer who describes Queer Kid Stuff as a beacon of educational light for children ages 3-7:

Queer Kid Stuff is a new webseries educating kids on LGBTQ+ topics! Queer representation and content for children is scarce and Queer Kid Stuff aims to eliminate stigma by properly educating future generations through entertaining video content. The pilot episode…tackles the subject; What Does Gay Mean? A simple enough subject, but you would be surprised the amount [sic] of young children who might not know the answer to that question….10 brand new episodes…debuted in Fall 2016 covering topics including non-binary genders and trans* identities, marriage equality, feminism, and queer themes in children’s pop culture.

…Lindsay and her best stuffed friend Teddy explain queer topics through a vlog-style conversation with young viewers focused on love and family. The short videos are a tool for parents, teachers, and LGBTQ+ adults to help them explain these words and ideas to young children….

The Left evidently learned one lesson from Aristotle who said, “Give me a child until he is 7 and I will show you the man.”

Amer says this about herself: “As a queer little tomboy growing up in New York City, I struggled with my sexuality. I am incredibly lucky to have grown up…with liberal parents who could care less about whether I’m gay or straight or whatever.”

And this is the woman who is using social media to “entertain” young children with lies that cloud the hearts and minds of our littlest ones.

Here is just one of the ten short videos of host Amer and her teddy bear sidekick “properly educating future generations” on sexual deviance (i.e., “transgenderism”). It’s titled “T is for TRANS! – Transgender.” Note how she muddies the waters when explaining that doctors “announce that babies are boys or girls” by  calling these announcements “gender assignments” rather than sex-identifications:

This kind of polemical, science-denying, doctrinaire indoctrination “identified” as “proper education” and cloaking itself in the accouterments of Mr. Rogers-esque edutainment should impel those who seek truth to be vigilant about the ideas to which their children are exposed, including in school.

“It would be better for him if a millstone were hung around his neck
and he were cast into the sea than that he should cause one of these little ones to sin.”
~Luke 17:2~

This American Life of Sexual Perversity
b
a
x
r