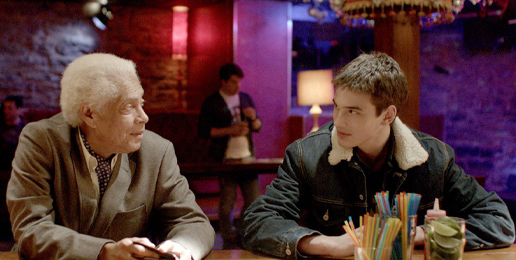 Over the years there have been many articles outlining the “insanity” of transgenderism. No one should forget that the “LGB…T” movement willingly locked arms with those troubled souls. The more we learn about the “lifestyle” that is reflected by all of those letters — LGBTQIA(etc.) — the more people will understand that it is quite appropriate that all of the odd and unnatural paraphilias should be lopped together.

As has been noted previously, there is one man/one woman sex according to its natural design, and then there is everything else.

Wikipedia tells us that one researcher, Anil Aggrawal, compiled a list of over 540 terms “describing paraphilic sexual interests.” Today, in what is clearly a prime example of mass deception, the political left has convinced a lot of people that one group of paraphiliac interests should be elevated to the level of race. Through their unrelenting propaganda they would have us believe that the fight for paraphilia rights is akin to the fight for civil rights for racial minorities.

This is pure silliness. A few years ago, IFI’s Laurie Higgins addressed this faulty thinking in her article “The Left’s Problem With Logic“:

The Left’s troubling relationship with analogical thinking is also demonstrated in their absurd comparison of homosexuality per se to race per se, a comparison for which they provide no evidence. But no evidence is no problem for those who live and move and have their being in a non-rational world where everyone is expected to worship at the altar of the subjective feelings of the exalted autonomous self.

The purpose of this series is to keep the focus on the reality of what it is we’re talking about when it comes to the issue of LGBT (etc.) so-called “rights.” We will never effectively protect our God-given right of religious liberty, let alone common sense, unless more Americans wake up to reality and escape the pop culture and left-wing media-driven delusion regarding the nature of homosexuality and all of its compatriot paraphilias.

To our paraphilia of the day:

We encourage you to follow all of the links to learn more about what, no doubt, is a persecuted sexual minority.

Please join us next when we’ll take a look at another paraphilia. If America is to be truly free, shouldn’t all sex-centric-identified individuals be treated equally under the law?