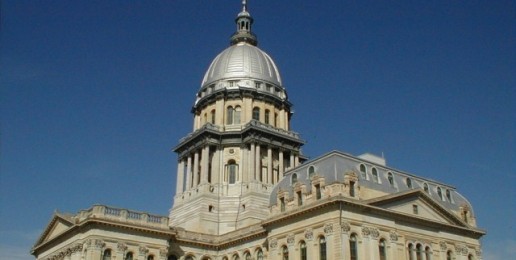 Over the Christmas weekend, you may have seen or heard the reports from the media  extolling the news that 260 clergy — mostly from the Chicago area — signed a petition in support of redefining marriage.  In response to this story, IFI’s Laurie Higgins had some very good quotes in a New York Times article, while I had a short quote in the WGN-TV report that aired four days ago.

It is important that we keep this “news” in perspective.  In the state of Illinois, there are over a thousand Roman Catholic churches, over a thousand Southern Baptist churches, more than 500 Missouri Synod Lutheran churches, and there are thousands of other churches of various denominations — including Reformed, EV Free, Nazarene, Assemblies of God, COGIC, Charismatic, Baptist, Eastern Orthodox, Greek Orthodox, Seven Day Adventists, Pentecostal, Mennonite, Independent — all of whom officially and publicly acknowledge that God ordained marriage as the union of one man and one woman, and that sexual activity outside the bonds of natural marriage is sinful.

It is no surprise to learn that a tiny fraction of religious leaders would compromise, distort, and misuse the Word of God for the praise of man and/or to achieve a political goal.  Kara Wagner Sherer of St. John’s Episcopal Church in Chicago was quoted in the New York Times article saying, “It doesn’t have to be a faith issue… We understand our Scripture in a different way.”  That statement really says it all.  She is correct, their stand is not a faith issue.  Divorcing God from the equation and dismissing thousands of years of Christian teaching, thought and understanding reveals their motives as distinctly humanistic and political.

Despite the holiday season, our state lawmakers need to hear from us — in person, by phone or by email.  Proponents of marriage redefinition are engaged in a full-court press right now, and they are planning to use the upcoming lame duck session (January 2-8) to accomplish their goal.

This past Saturday morning, I spoke to a state lawmaker — a Democrat — who expressed to me his concern.  He has been receiving more calls and emails in favor of same-sex marriage than he has been receiving against it.  I explained to him that the vast majority of Illinoisans were busy with family, church, shopping, cooking and traveling.  I assured him that after the Christmas weekend, that opposition to redefining marriage would certainly ramp up.

Take ACTION: Click HERE to email your state lawmakers today, urging them to uphold natural marriage and not to cave to the politically correct and culturally destructive groups who are intent on altering society’s understanding of marriage.  Be assured, your calls and emails are important!  Legislators take very seriously the letters and the numbers of calls they receive – particularly letters that are written by their constituents (as opposed to pre-written form letters.)

P.S.  Would you consider helping meet our $20,000 end-of-year matching challenge? It is vital that we raise these critical funds so that we are able to go into next year to fight marriage redefinition and many other anti-family proposals.

Any donation given or mailed by December 31st will go toward this matching challenge and will be fully tax-deductible, lowering your 2012 tax burden.

Click HERE to support IFI and have your donation doubled!

Progressive Illinois Lawmakers with Time on Their Hands (yikes)