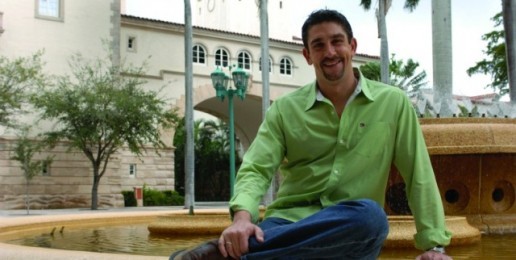 Earlier this week, the presidential inaugural committee announced that President Obama has chosen Richard Blanco to be the 2013 inaugural poet. Blanco, it just so happens, is Hispanic and homosexual. Liberals would label a choice like this “tokenism” if made by a conservative, but let’s  just call it fealty to two of Obama’s critical constituencies.

But that’s not all Obama did this week to pay obeisance to the all-powerful homosexual lobby. He also pressured the evangelical pastor whom he had invited to give the benediction at his inauguration to withdraw.

By now many are aware of what Dr. Al Mohler has colorfully deemed the “Giglio imbroglio.” Rev. Louie Giglio was asked to give the benediction at President Obama’s inauguration as a result of his work to end human trafficking. But yesterday homosexual activists apoplectic over his invitation exposed Giglio’s dark secret, which led the White House to compel him to withdraw from participating in the inaugural ceremony.

And what was Giglio’s sin? His “sin” was preaching a sermon fifteen years ago that expressed theologically orthodox views of homosexuality (gasp). (The more serious issue to the theologically orthodox faith community is why Rev. Giglio has not preached about such an important scriptural issue for  almost two decades, particularly when biblical truth about homosexuality is under sustained assault from virtually every quarter of American public life. And why is he distancing himself now from the words he spoke fifteen years ago?)

Giglio’s compulsory withdrawal wasn’t enough, however, to soothe the savage breasts of homosexual activists—you know, those lovers of tolerance and diversity. The White House had to perform some public penance by tacitly apologizing for ever having invited such a morally flawed man.

Not only has the White House in effect disinvited Giglio, but infamous and unpleasant homosexual activist Wayne Besen has arrogantly demanded that Giglio reveal whether he has “evolved on gay rights.” Dr. Mohler warns us to see to writing on the wall:

The Presidential Inaugural Committee and the White House have now declared historic, biblical Christianity to be out of bounds, casting it off the inaugural program as an embarrassment….[A]nyone who has ever believed that homosexuality is morally problematic in any way must now offer public repentance and evidence of having “evolved” on the question…This is what is now openly demanded of Christians today. If you want to avoid being thrown off the program, you had better learn to evolve fast, and repent in public.

The statement Giglio made that was so controversial is essentially a near-direct quotation from the Christian Scriptures. Unrepentant homosexuals, Giglio said (as with unrepentant sinners of all kinds) “will not inherit the kingdom of God.” That’s 1 Corinthians 6:9-10. Giglio said, “it’s not easy to change, but it is possible to change.” The Bible says God “commands all people everywhere to repent” (Acts 17:30), the same gospel, Giglio says, “that I say to you and that you would say to me.”…

When it is now impossible for one who holds to the catholic Christian view of marriage and the gospel to pray at a public event, we have a de facto established state church.  Just as the pre-constitutional Anglican and congregational churches required a license to preach in order to exclude Baptists, the new state church requires a “license” of embracing sexual liberation in all its forms….

We don’t have a natural right to pray at anyone’s inauguration. But when one is pressured out from a previous invitation because he is too “toxic” for simply mentioning once something universal in the Christian faith, we ought to see what we’re looking at: a state church.

Obama’s unflappably cool demeanor and “can’t we all just get along” rhetoric are exposed for the deceits they are by his relentless in-your-face assault on conservative values and religious liberty. He’s not liberal; he’s radical. And he’s not an irenic unifier; he’s a presumptuous and aggressive divider. He’s now using the ceremonial occasion of his inauguration, which should be a moment of national unity, to slap conservatives in the face—no, make that stomp on their faces with mud-encrusted jack boots.

“Woe to those who call evil good
and good evil,
who put darkness for light
and light for darkness,
who put bitter for sweet
and sweet for bitter!”
~Isaiah 5:20