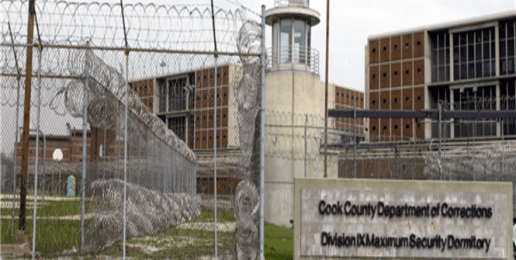 This should be a Saturday Night Live skit, but, oh no, this is real life in the mixed up, muddled up, shook up world of “Lola” and Cook County.

Cook County Sheriff Tom Dart announced that Cook County Jail has instituted a policy for housing transgender detainees based on their gender identity, rather than birth sex.

The policy became effective on March 21. It is thought to be the first of its kind in the United States.

Particularly with this issue, we wanted to do it right,” Dart told Windy City Times, adding that “medical and sociological” concerns for transgender people “even superseded security issues.”

The seven-page policy mandates that transgender detainees be allowed to consult with a “Gender Identity Panel” of physicians and therapists before being placed into male or female housing. It also directs correctional staff to allow transgender people to wear clothing/ own hygiene products consistent with their gender identity. Further, it requires that corrections staff, physicians, and therapists undergo gender-related sensitivity training administered by the sheriff’s department….

[T]he new policy includes clinical information on gender identity disorder, a glossary of terms and, most significantly, a recommendation that transgender people be placed in accordance with their identity (as opposed to genitalia). Dart hopes the policy will be adopted elsewhere and said it will be featured on the Department of Justice website… .

Here’s another pragmatic thought: Does anyone actually believe that women who wish they were men will want to be detained in the men’s facility at Cook County Jail? Doubtful. What we’re really talking about then is housing men who wish they were women in the women’s facility at Cook County Jail. Men who wear women’s cosmetics and women’s clothing are, in reality, men. Even men who take female hormones and have their penises amputated are, in reality, men. Why should female detainees have to room with seriously confused men?

Owen Daniel-McCarter, attorney with the Transformative Justice Law Project of Illinois, objects to the use of the term “Gender Identity Disorder” in the new policy, arguing that it is offensive to label “transgender people has (sic) having a disorder,” even though this is the clinical designation assigned by the American Psychiatric Association. No matter. To radicals like Daniel-McCarter, doctrinaire ideology takes precedence over reality and truth. Sexual anarchists seek to manipulate language in an attempt to convince the public that cross-dressing and elective amputations of healthy body parts are not signs of disordered thinking. These rhetorical stratagems must be opposed at every turn, whether they occur in anti-discrimination and anti-bullying laws and policies, comprehensive sex ed, or fatuous, costly jail policies.