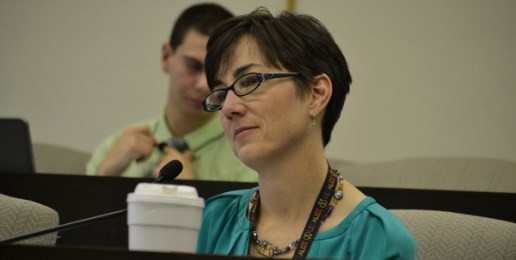 If passed this bill would prohibit parents of a child or teenager who experiences homoerotic desire, gender dysphoria, or Gender Identity Disorder from having access to counseling that may include facilitating change in feelings or volitional activity—even if such change is desired by both parents and their children.

Cassidy’s oppressive anti-autonomy, anti-parental rights bill seeks to ban any counseling that may result in the rejection of a “gay” identity. This bill seeks to rob minors of the freedom to seek ways of constructing an identity that don’t include affirming their unchosen homoerotic feelings. Liberals like Cassidy don’t believe that it’s possible for people who experience unchosen homoerotic feelings to construct such an identity and want to impose their philosophical and moral assumptions on everyone in America.

Such a bill would be more accurately titled the “Anti-Identity-Choice Act” because what homosexual activists like Cassidy seek to do is legally prohibit mental health professionals from even discussing ways to construct identity that do not affirm same-sex attraction. Surely though, if mental health providers are permitted to help minors pursue radical changes in their “gender expression,” including even sanctioning cross-dressing and the use of hormone-blockers, they should be allowed to help minors pursue changes in their sexual identities. If minors are allowed to reject their physical embodiment, why shouldn’t they be allowed to reject their homoerotic feelings? Cassidy needs to explain why the rejection of one’s objective, biological sex is viewed as sound, right, healthy, and legally permissible while the rejection of one’s homoerotic feelings is viewed as unsound, wrong, unhealthy, and legally prohibited.

While the Left wants minors to be able to change their “gender identity” (or access oral contraceptives and abortions) with absolute, unfettered freedom, they want minors to be prohibited from even hearing any ideas that may be linked to their unchosen same-sex attraction, because such ideas undermine the unproven, non-factual, self-serving assumptions of homosexual activists and their highly politicized, Leftist mental health community allies.

The sponsors of this bill have marshalled an unimpressive array of claims from mental “health” organizations, all of which are loaded with biased and ambiguous language in support of an astoundingly totalitarian bill. If we have any really good critical thinkers and debaters in Springfield, they should be able to shred this bill in a floor debate. (That said, I’ve learned that floor debates are not debates in any true sense of the word. Participants in even a faux-debate should challenge contentions and demand evidence for claims.)

Questions for the bill’s sponsors

This bill raises a number of questions—all of which would be good for lawmakers to pose to Cassidy:

More flaws in the bill

Here are some criticisms of the resurrected “conversion therapy” ban:

This is not a bill created essentially to protect minors. It’s yet another pernicious effort to forcibly rid the culture of any suggestion that homoerotic activity may be immoral, or any suggestion that homoerotic desire can in some people change, or of any suggestion that individuals who experience unchosen homoerotic desire may choose to construct a meaningful identity that does not affirm such desire. All humans experience unchosen, powerful, and persistent feelings that for a variety of reasons they choose not to affirm, act upon, or place at the center of their identity.  For some, that unchosen, powerful, and persistent desire is homoerotic attraction.

While Kelly Cassidy continues her unhealthy quest for legislation that serves the desires of homosexuals for compulsory affirmation of homoeroticism, it is hoped that the will of wiser men and women will prevail.

TAKE ACTION: CLICK HERE to contact your State Representative and urge them to protect the rights of minors to seek help for their unwanted attractions. Urge a “No” vote on HB 217.