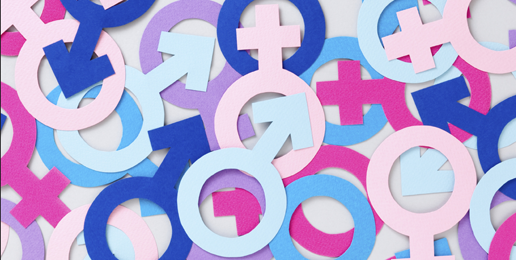 We often hear the question, “How does _____ (fill in the blank with some sexually deviant activity) affect you?” Such a question reveals an all-too-common degree of ignorance about how ideas affect culture. Such a question ignores how much time it takes for ideas to percolate through culture. Let’s look at the most recent deviant ideology to capture the dulled imaginations of foolish, self-indulgent people: the “trans” ideology. Despite its relative newness, we’re already seeing the effects of the science-denying, reality-denying, nonsensical assumptions of the “trans” cult, which have been spreading like wildfire, torching everything decent in their path.

Here are some of the ways people are being affected:

As usual, conservatives fail to think deeply about the effects of ideas. Here are two effects that are a’comin’:

1.)  It will become impossible to enforce public decency laws in our depraved new world in which “women” with XY chromosomes have fully functioning congenital penises and “men” with XX chromosomes have naturally grown breasts. How will police respond to a woman who pretends to be a man, has a falsified birth certificate and driver’s license that identify her as a man, keeps her natural female breasts intact, and decides to play topless frisbee in a park like actual men do?

2.)  If we are prohibited from “discriminating” based on sex and on “gender identity,” there will remain no rational justification for maintaining sex-segregation anywhere for anyone.

Let’s say a delusional, anarchical, or iconoclastic man who pretends to be a woman is permitted to use a women’s locker room. Then a non-delusional, “cisgender” man—who may also be an anarchist or iconoclast—requests use of the women’s locker room. A high school, university, or private health club can’t say to the “cisgender” man, “No, you can’t use it; you’re not a woman,” because they’ve already allowed someone who’s not a woman to use it. And they can’t say, “You can’t use it; you’re not transgender,” because they can’t discriminate based on “gender identity.” Voilà, co-ed everything for everyone, which means no private spaces for anyone.

Left unchallenged and unopposed, “trans”-cultic beliefs will result in the end of all public recognition of sex differences. If separate restrooms, locker rooms, showers, and shelters for objectively male and female persons are analogous to separate drinking fountains for blacks and whites, as former attorney general Loretta Lynch and many other “progressive” fools assert, it would be profoundly immoral to maintain even one. Would we permit a single racially segregated drinking fountain to remain in existence?

It boggles the mind that there remain conservatives who believe that, for example, tax and immigration policy are more important than the reductively called “social issues”—you know, those trifles like the rights of the unborn and the born, marriage, and the reality and meaning of biological sex.

Conservatives should be talking about this issue at least as volubly and boldly as “trans”-activists and their ideological accomplices do. To self-censor out of fear guarantees that we bequeath to our children and grandchildren a less safe, more oppressive world in which to raise their children. Is that what conservatives want? Hasn’t our silence done enough damage already?