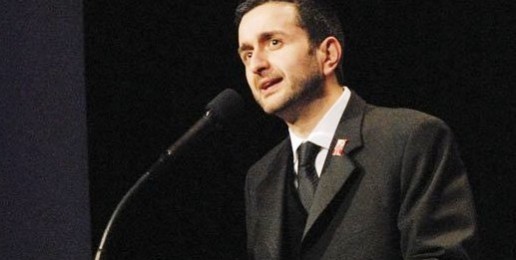 It would behoove conservative Illinoisans to hear from the proverbial horse’s mouth exactly what homosexual activists are pursuing here in Illinois.

Below is a recent email sent by Illinois’ most influential and destructive homosexual activist organization, Equality Illinois, to its subscribers (all emphases added):

We value your support of Equality Illinois, and we wanted to give you a briefing on our aggressive lobbying efforts in Springfield.

Equality Illinois’ four-person advocacy team was in the State Capitol every day of the fall legislative veto session. Our Policy Director Randy Hannig, our lobbyists, and I held meetings with political leaders, dozens of State Senators and Representatives from both parties, and legislative leadership staff.

IMPLEMENTING CIVIL UNIONS. Among our lead items, we focused on the full implementation of the civil union law. We addressed with lawmakers patterns of glitches that civil union couples are experiencing in Illinois, and stressed the importance of ensuring that same-sex couples receive all the rights and protections that were previously denied to them – just as the lawmakers have intended. We asked every lawmaker – Republican and Democrat alike – about the feedback they hear on civil unions, and we are so proud that everyone reported only positive experiences.

DEFENDING OUR RIGHTS. Every legislative session, our opponents attempt to gut our hard-won rights. This veto session was no exception. We met with lawmakers to stress the harms of Senate Bill 2494, introduced by State Sen Kyle McCarter, which would allow publicly-funded child welfare agencies to reject perfectly qualified prospective same-sex parents using any religious pretext. No child welfare agency should be allowed to take public funds to care for the children, but then refuse to comply with the state’s best-interests-of-the-child standard. This is the FOURTH such attempt this year, and we defeated the previous three efforts. Our opponents are working to force a procedural maneuver to force the bill onto the floor for a vote, and we worked to ensure that their sneaky tactics failed.

FOCUSING ON FULL EQUALITY. The EQIL team also strategized with legislative allies about moving towards full equality. We’ve learned from our work that workplace legal protections have not translated to full workplace equality for LGBT people. And relationship recognition through civil unions leaves many gaps in reaching equal protection. To that end, we also held strategic planning meetings with our stakeholders, donors, and allies.

Furthermore, we met with executive branch officials and local leaders to discuss patterns of homophobic and transphobic discrimination, fiscal policy and budget crisis impact on the lives of LGBT individuals across the state, and expansion of our equality work across central Illinois. We are so grateful to Department of Human Rights Director Rocco Clapps, State Treasurer Dan Rutherford, and Springfield Alderman Cory Jobe for their leadership and commitment. You’d be pleased to know that our organizational partners at the ACLU of Illinois and the AIDS Foundation of Chicago were on the ground in Springfield also fighting for our rights.

The legislature will reconvene for a special session after Thanksgiving to discuss unresolved budget issues and will then adjourn until the start of the regular legislative session in 2012.

Our lawmakers recessed, but our work must go on. In fact, with legislators now back in their districts, we are going to be traveling to their field offices to organize constituent visits and continue to address our issues. Can we count on you, *******, to help us move forward with our assertive agenda? Please support our efforts now by making a contribution.

We must protect the rights we have achieved while we continue to fight for fairness and full protection of LGBT Illinoisans and our families. We cannot do our work without your support. Please show your support of our work now. And remember to forward this message to at least 5 of your friends or family members.

Some comments on this troubling letter:

1. The concept of equality is grossly abused by homosexual activists. The central question regarding equality is, “To what conditions does the concept of equality apply?” Equality applies legitimately to only those conditions that are immutable* and not defined or constituted by volitional behaviors that are legitimate objects of moral evaluation. Society is not morally obligated to treat all conditions constituted by subjective attractions, impulses, or desires and by volitional behaviors as equal. Indeed, societies that refuse to make distinctions between moral and immoral behaviors will not survive, let alone flourish. Society ought not treat homosexuality and cross-dressing as equal to heterosexuality.

3. Conservatives are endlessly duped by the deliberate deceit of homosexual activists. Cherkasov bleats out the “public money” canard when in reality, homosexual activists will eventually challenge the right of religious child welfare organizations to refuse to place children with homosexuals even in the case of private adoptions in which no public money is involved. This is already the case in New York.

4. Equality Illinois dismisses the deeply held religious convictions and religious liberty of organizations like Catholic Charities and the Evangelical Child and Family Agency as “religious pretexts.”

5. Equality Illinois believes that public schools in Illinois do not demonstrate an “appropriate level of affirmation of LGBT and questioning youths….Unfortunately, many administrators within schools…have not ensured open affirmation of LGBT students and have not provided resources specifically tailored to the needs of those students.”

7. State Treasurer Dan Rutherford, beloved by homosexual activists in Illinois, is a former Republican state representative and state senator, and the only GOP state senator in Illinois to vote for the so-called “Civil Union” law.

8. Department of Human Rights Director, Rocco Clapps, to whom Equality Illinois is also deeply grateful, served on the Illinois State Board of Education’s “anti-bullying” task force, which created recommendations on how public schools should implement Illinois’ disastrous “enumerated” anti-bullying law.

*Although many consider religious belief and practice to be mutable matters of choice, religious liberty is a special category unto itself and is the central liberty upon which this country was founded. In addition, religious practice is wholly distinct from sexual practice. While people may disagree about what constitutes a true religion, religious differences are not thought to be moral errors in the same way that society views, for example, polyamory as a moral error and not worthy of legal recognition.