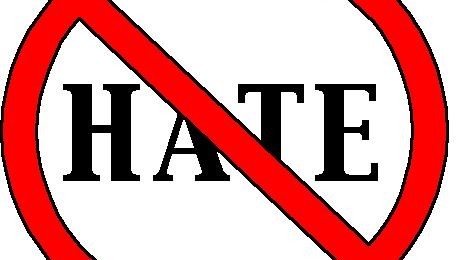 Two weeks ago, Illinois Family Institute discovered that we are included on the Southern Poverty Law Center’s Active U.S. Hate Groups list, along with Ku Klux Klan, Neo-Nazi, and White Nationalist organizations. We are not alone in being erroneously and libelously included on the SPLC’s “anti-gay” hate groups list. Also included are MassResistance, Abiding Truth Ministries, Watchmen on the Walls, and Traditional Values Coalition.

The Southern Poverty Law Center (SPLC) was founded in 1971 by Morris Dees and Joseph Levin to oppose racism in the United States, the worst of which was already behind us because of the tireless efforts of civil rights warriors.

Unfortunately, for an organization with such a noble birth and one that has achieved so much good for so many, the Southern Poverty Law Center has become a dark shadow of its former self — one that promotes destructive lies and anti-Christian bigotry. Our inclusion on this list cannot be ignored. The SPLC is an influential organization that supplies information to law enforcement agencies.

Since IFI stands unequivocally opposed to both violence and hatred, and since IFI holds the very same views on homosexuality as, for example, the Vatican, the Orthodox Presbyterian Church, The Presbyterian Church of America, the Southern Baptist Convention, the Evangelical Lutheran Church Missouri Synod, Concerned Women for America, American Family Association, Liberty Counsel, and Focus on the Family and their scores of local Family Policy Councils, we were wondering why we are listed as an “anti-gay” hate group when these other organizations are not?

Could it be that consistency in the application of their selection criteria would expose the illegitimacy of the SPLC’s project? If the SPLC articulated with specificity and detail the criteria they use to include an organization on their hate groups list and if the SPLC felt ethically obligated to provide specific evidence for their charges, they would likely be compelled to include on their hate groups list virtually every pro-family organization as well as those temples, mosques, and churches that teach that homosexual behavior is immoral. Such an extensive list of hate groups would expose the illegitimacy of their list and undermine their credibility.

I assumed that IFI made their list because we are committed to exposing and opposing the use of public money via public education to affirm and advance a particular understanding of the nature and morality of homosexual conduct that is unproven, controversial, and, we believe, destructive to the lives of individuals and the fabric of society.

Many pro-homosexual organizations seek to extirpate the belief that homosexual conduct is profoundly immoral and destructive. And the means they use to achieve that goal is to label as “hate” any and all moral propositions with which they disagree.

There are serious problems with their means and ends:

1. Compulsory eradication of the belief that homosexual conduct is immoral, and legal prohibitions against expressing that belief require the violation of fundamental First Amendment speech and religious rights.
2. Moral claims about behavior do not constitute hatred.
3. If their unproven assumptions about the nature and morality of homosexual conduct are, indeed, wrong, their efforts will result in even greater suffering for those lost in the darkness of homosexuality and will seriously compromise the common good.

For all authentically Christian organizations, affirming the truth that homosexual conduct is not moral conduct while also affirming the truth that freedom and forgiveness are available through Christ are loving acts. Whether claims about the morality or immorality of homosexuality are loving or hateful depends ultimately on whether they are true. As far as I know, the Southern Poverty Law Center has yet to prove their implicit claims regarding the morality of homosexual conduct.

For clarification I called the Southern Poverty Law Center and spoke with Heidi Beirich. Our conversation was troubling in that Ms. Beirich revealed that even a tenuous, distant connection to statements the SPLC doesn’t like will land an organization on their hate groups list. She told me that the only reason IFI is listed is that in 2005, IFI’s former executive director Peter LaBarbera posted a very short article by someone not affiliated with IFI for which Mr. LaBarbera wrote an even shorter introduction.

Although there were no defamatory comments made in this piece or LaBarbera’s introduction, Ms. Beirich claimed that in other articles by this writer, he had suggested that, in Ms. Beirich’s words, “Gays are sickly, and people should stay away from them.” IFI has no idea if that claim is true, but if it is, IFI rejects it, finds it inconsistent with Scripture, and finds it repellent. The problem is we did not cite or endorse any such rhetoric, and yet the Southern Poverty Law Center has labeled IFI as an active hate group.

Ms. Beirich also claimed that this writer cited a purportedly erroneous statistic regarding shortened life-spans. I responded that I could see how a statistic could be erroneous and derived from flawed methodology, but I don’t see erroneous statistics as defamatory or hateful. I don’t think health statistics alone, even statistics that emerge from flawed methodologies, can be construed as hatred. In fact, if there are particular health risks associated with particular sexual practices, it would be callous and irresponsible not to share that information publicly.

But, more important, the same finding regarding reduced life expectancy for homosexual men has been reported by a world-reknowned medical journal, and has been cited as true by homosexual activists when it serves their purposes. That study, which appeared in Oxford University’s International Journal of Epidemiology, concluded that “In a major Canadian centre, life expectancy at age 20 years for gay and bisexual men is 8 to 20 years less than for all men. If the same pattern of mortality were to continue, we estimate that nearly half of gay and bisexual men currently aged 20 years will not reach their 65th birthday.” Also, in their book Caring For Lesbian and Gay People-A Clinical Guide, authors Dr. Allan Peterkin and Dr. Cathy Risdon suggest that the life expectancy of gay/bisexual men in Canada is 55 years.

I hope my citing of these findings does not signify to the SPLC that I’m a hater. My intention here is simply to suggest that whatever problems with methodology the cited study may have had, the specific nature of the author’s conclusions that bothered Ms. Beirich seems to be consistent with that of others. In addition, merely pointing to health statistics cannot reasonably be construed as defamatory. IFI should be held accountable for our beliefs and our statements. We should not be held accountable for all the statements ever uttered by a researcher we cited once and whose controversial comments we have never once endorsed.

One wonders if SPLC scrupulously refers only to resources written by authors with whom they are in complete agreement. In other words, would SPLC ever cite a source that itself had no objectionable content but whose author had written other documents with which SPLC disagreed and which they would never endorse?

The Southern Poverty Law Center should answer clearly and specifically the following questions:

Illinois Family Institute’s concern is with the Southern Poverty Law Center’s baseless and defamatory labeling of IFI as a hate group. We maintain that the SPLC’s inclusion of IFI on their anti-gay hate groups list solely because of our posting of one article four years ago that had no objectionable content represents an unsavory, manipulative, irresponsible, and unethical abuse of power.