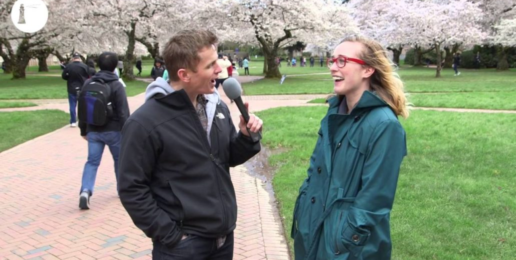 In our must-read first installment in this series we used Wikipedia’s definition of the word paraphilia:

Paraphilia (from Greek παρά para “beside” and -philia φιλία “friendship, love”) is the experience of intense sexual arousal to atypical objects, situations, or individuals. Paraphilic behavior (such as pedophilia, zoophilia, sexual sadism, and exhibitionism) may be illegal in some jurisdictions, but may also be tolerated.

It is in the spirit of tolerance that we’ve been examining paraphilias other than the ones represented by the letters LGBT. Why should just those four get all the attention?

A year ago this month, IFI’s Laurie Higgins posted an article titled “Homosexuality, Race and Identity.” In it, she summed up how homosexual activists “sought to transform cultural disapproval of homoeroticism into approval,” and as part of their strategy, they sought to “co-opt the fight of blacks for racial equality.”

In short, this is what liberals think—or pretend to think—in the service of normalizing sexual deviance:

“The fallacious and odious comparison of race to sexual perversion,” Higgins writes, “has been an effective stratagem in our increasingly non-thinking culture, but there was yet more rhetorical gimcrackery to come.”

The homosexual activists also began “transforming the concept of “identity”:

They sought to recast identity as something intrinsically inviolable, immutable, and good. They sought to refashion identity in such a way as to make it culturally taboo to make judgments about any constituent feature of identity. They re-imagined identity in such a way as to move homoeroticism from the category of phenomena about which humans can legitimately make moral distinctions to one about which society is forbidden to make judgments.

“By conflating all the phenomena that can constitute identity,” Higgins writes, progressives “demanded that society should no more make judgments about feelings and volitional acts than they should about skin color.”

“The Left demands that society affirm all subjective feelings not only as good but also as signifiers of objective reality,” Laurie Higgins explained, and that word “all” is key when it comes to “subjective feelings.” A lot of people have a lot of different feelings. The politics of identity promises many, many more variations — and thus complication.

Something tells me, though, that few in the homosexual community foresaw just how many possible “identities” there were (and are still) to come “out of the closet.”

Before getting to our paraphilia of the day, here is how IFI’s Laurie Higgins introduced the following video that she embedded in her article:

For your chuckle ‘o’ the day, watch this short video to see the ideological Gordian knot from which post- Dolezalians can’t seem to extricate themselves:

Now for everyone’s favorite part of these articles. On one side is nature’s design and intent (natural sex between men and women), and on the other is everything else. Is society prepared to give “equal rights” to the “everything else” — such as the paraphilia sadomasochism?

Technically, I think we get credit for two paraphilias (sadism and masochism) — note the italicized sentences that are included on this Wikipedia page  (and note the shocking use of the word “disorder” — those intolerant bigots!):

“S&M” redirects here. For other uses, see S&M (disambiguation).
This article is about the general historical concept of sadomasochism. For consenting partners engaging in sexual play behavior, see BDSM. For the medical condition involving unwilling victims, see Sexual sadism disorder. For the medical condition where pain or humiliation is required for sexual arousal and causes distress or impairment, see Sexual masochism disorder.
Sadomasochism is the giving or receiving pleasure from acts involving the receipt or infliction of pain or humiliation. Practitioners of sadomasochism may seek sexual gratification from their acts. While the terms sadist and masochist refer respectively to one who enjoys giving or receiving pain, practitioners of sadomasochism may switch between activity and passivity.

And to our question of the day: will therapies to help minors change their unwanted sadomasochistic desires be banned?

Homosexual Activist Reveals Plans for Children
b
a
x
r