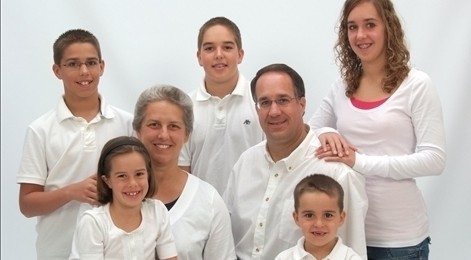 Attacks on religious liberty and freedom of conscience have started — mere weeks after Governor Pat Quinn (D) signed the ‘civil unions’ bill into law — just as we warned.

While many conservatives think wisdom and political pragmatism dictate a “truce” on the social issues, liberals, including homosexuals, see this time as ripe for an all-out frontal assault on virtually every issue pertaining to homosexual practice.

The most recent assault by those who view our side’s cowardly truce as their golden opportunity is taking place in Illinois. Just one month after Governor Patrick Quinn signed the civil union bill into law, a homosexual couple has filed complaints with both the Illinois Attorney General and the Illinois Department of Human Rights for the refusal of two innkeepers to rent out their privately owned bed and breakfasts for a civil union ceremony and reception.

Todd Wathen and his partner hired attorney Betty Tsamis who claims that “it is unlawful for a business open to the public to deny goods and/or services to someone on the basis of sexual orientation.” Since neither owner rents his facility out for either homosexual or heterosexual civil union ceremonies, one wonders how they can be accused of discriminating against homosexuals.

One of the bed and breakfasts, Timber Creek in Paxton, Illinois, is owned by Jim Walder, a Christian father of five children who has been deluged with vicious, hateful emails and phone calls. This comes as no surprise to those of us who spend much of our time exposing and opposing the homosexuality-normalizing juggernaut, but it’s been an emotionally devastating experience for the Walders who did not ask for this battle.

The desire and efforts of parents to protect their children from exposure to ceremonies and celebrations on their property that honor conduct which God finds detestable are noble desires and efforts that must be supported. I have said many times that there is no greater threat to First Amendment speech and religious rights and parental rights than that posed by the movement to normalize homosexuality. We need look no further than Springfield and Paxton, Illinois for proof.

Race or skin color is 100 percent heritable and carries no behavioral implications that are legitimate objects of moral assessment, whereas homosexuality is not biologically determined and is centrally defined by subjective experiences and volitional behavior that is open to moral assessment. There is no justification for that analogy, and it must be challenged.

In the homosexual newspaper, the Windy City Times, Wathen expressed the foolish notion that discriminating between moral and immoral sexual acts is equivalent to racial discrimination:

[W]hat will be next, if we let them discriminate against us. Are these businesses going to go backwards and start discriminating [based on a person’s] race, color, sex, national origin, or what if they don’t like your religion, [will they] discriminate because of that?

Second, arguing that business owners are legally prohibited from making moral distinctions among volitional behaviors undermines the religious liberty of people of faith. Homosexuals and their ideological allies seek to blur the critical distinction between non-volitional, non-behavioral conditions and volitional acts. Whereas it is unethical to condemn and treat people differently because of non-volitional, non-behavioral conditions like eye color, skin color, or disability, it is not only permissible but wise and necessary to make moral distinctions among volitional acts.

How can Christians live out their faith if they are legally required to support with their time, their labor, their goods, and their services behaviors that they know to be an offense to God? This country was founded on a commitment to protect religious liberty — something that homosexual activists believe should now be subordinate to sexual liberty.

[F]or all my sympathy for the Evangelical couple who may wish to run a bed and breakfast from which they can exclude unmarried heterosexual couples and all gay couples, this is a point where I believe a “zero sum” nature of the game comes into play. And in making a decision in this zero sum game, I am convinced that society should come down on the side of protecting the liberty of LGBT people.

We should pay closer attention to the words of homosexual activists.

Todd Wathen and his partner “are seeking a personal apology “and want to be treated with dignity and respect….Not only do we ask this for ourselves, but we ask this for every gay and lesbian person in Illinois.”

Wathen presumptuously seeks not only to compel people to violate their consciences in order to serve his desires, but he expects an apology from them for holding different views on the nature and morality of homosexual acts than he holds. What does the concept of respecting diversity mean to Wathen? It seems to mean that everyone must hold the same beliefs he does or at least act like they do.

Moreover, disapproval of the beliefs or behavioral choices of other people does not constitute disrespect of them, dislike of them, or hatred for them. It’s not only possible to treat with dignity people whose beliefs and behavioral choices we find objectionable, it’s commonplace.

It has been reported that Mr. Walder responded to Mr. Wathen’s request to hold his civil union at Timber Creek by quoting the Gospel, which irritated Wathen. But citing the source of one’s Christian beliefs is not an insult. It is an act of love and compassion, and an affirmation of the dignity and worth of those who have chosen to center their lives around sinful impulses. Christ’s words to the adulterous woman, “Go, and sin no more,” were the antithesis of disrespect.

Wathen also said that he wants “other gay people to be aware of this class-based discrimination and we want to encourage members of the LGBT community to come forward if other businesses discriminate against them.” So, according to Wathen subjective experiences and volitional behavior now constitute a “class” against which no one in society can discriminate. If society were to apply this perverse idea consistently, no one could make rational moral distinctions about any behaviors because behaviors would constitute protected classes. For example, caterers, florists, disc jockeys, bed and breakfast owners, photographers, fertility doctors, private adoption agencies, calligraphers, graphic designers, doulas, nannies, and maids could not refuse to provide their goods and services to those who are members of a class constituted by behaviors they find profoundly immoral.

The remarkable and inspiring victory by and for home schooling families last week has also been a source of agitation to me. Four thousand home schoolers showed up in Springfield to demonstrate their opposition to a bill that would have required them to register with the State Board of Education — 4,000! Amazing.

And what keeps churning through my head is why 4,000 or 8,000 conservatives didn’t show up in Springfield to oppose the civil union bill or the disastrous anti-bullying bill that will ultimately result in elementary school children being exposed to resources that affirm homosexuality and cross-dressing as normative and good. When will the loss of speech rights, religious liberties, and parental rights rouse the righteous ire of conservatives? What assaults on innocence and truth will have to take place in our tax-supported schools before conservatives will get over their inertia, laziness, pride, and fear to boldly, vigorously, and tenaciously oppose dangerous legislation built on fallacious assumptions? The home schoolers showed us by example what we should be doing and what we can accomplish.

The time for tsk-tsking about the degradation of our culture is long past. The time of blaming this degradation on others is over. We are at least as culpable as homosexual activists and their ideological comrades — if not more so — because we know the truth and do little to preserve, protect, or promote it. Those of us who are Christians know that God expects us to protect children and we know that we must be willing to suffer for Him.

Our purportedly conservative leaders need to remember that a truce calls for both sides to agree to a cessation or suspension of hostilities or aggression. When only one side suspends their actions, it’s a forfeit.

Please pray for the Walder family, and if you’re vacationing in Illinois, please consider spending some time at the Timber Creek Bed and Breakfast.