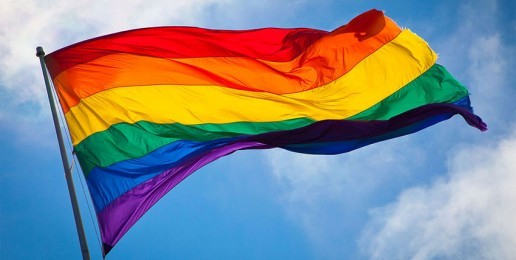 In a November 14 article in — where else — the San Francisco Chronicle, Cleve Jones, a gay activist and creator of the AIDS quilt, and Dustin Lance Black, screenwriter for the new pro-homosexual film Milk and writer for the pro-polygamy HBO series Big Love, have thrown down the gauntlet, challenging both our country’s leaders and America to incorporate radical, subversive, perverse views of sexuality into all laws, policies, and governmental institutions. They want no public, cultural corner left undefiled by sexual libertinism — and they want unfettered access to public money and public education to subsidize this latest manifestation of the sexual revolution.

Jones and Black refer to traditional views of sexuality, marriage and family as reflecting “the worst, most divisive appeals to bigotry, ignorance and fear,” declaiming that they “demand that the federal government act immediately, decisively and unequivocally to ensure equal protection under law throughout the United States of America.”

What this arrogant and ignorant demand fails to articulate is that the principle of equal protection has historically applied to conditions that are objective and immutable like race and biological sex. It has not nor should it be applied to subjective experiences of attraction or volitional behavior, which are the central defining characteristics of homosexuality and “transgenderism.”

In their manifesto, Jones and Black’s urge the following:

We call on our country’s leaders to take personal responsibility for involving our nation’s religious leaders and the GLBT community in a national dialogue to encourage understanding and reconciliation.

We call on everyone to carry this message of hope and equality throughout our nation, to every place of worship, to every school and factory and shopping center, every city, suburb and farming town. We call on you to march together, demonstrate together, to pray together and dream together of a future America where, finally, all are free.

Their hubristic clarion call for cultural revolution extends beyond the increasingly ubiquitous and intrusive bounds of government into our churches and families. They seek to impose on all of society their corrosive vision of freedom — a vision that is built on a structurally unsound foundation of radical autonomy, subjectivism, a belief in gender as a social construction, and a Rousseauian understanding of the nature of man.

Jones and Black recognize what too few conservatives recognize, and they publicly state what conservatives — if they had been paying attention-would already know: “There are rare moments in human history when, suddenly and unexpectedly, the opportunity for great change. . . becomes possible. . . . We can accept no compromise. We can wait no longer. Now is the time.” Jones and Black see this time as a rare moment to effect great change, and they will accept nothing less.

And they have a plan:

We call on all supporters of equality to sustain and intensify the nationwide campaign of mass protests and nonviolent civil disobedience, for seven weeks, starting on Nov. 27, the 30th anniversary of the assassination of Harvey Milk, and to then gather together en masse, in Washington, D.C., on the morning of Tuesday, Jan. 20, to honor the inauguration of our President Barack Obama.

If anyone harbors the benighted illusion that the march toward government-sanctioned sexual anarchy will end on Jan. 20, please think again-deeply. We’ve been forewarned.