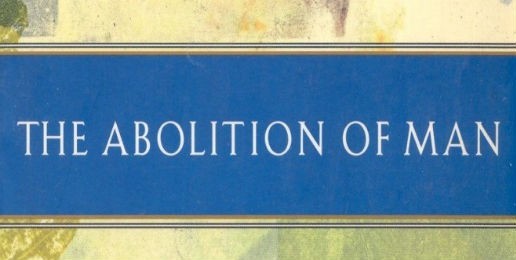 Anyone who dares to suggest that homosexual behavior is immoral, or that public schools have no business affirming homosexuality in or to children, or that the church has a positive obligation to oppose the use of public funds to affirm homosexuality needs to be prepared for the hostile and deceitful responses from those who hold unproven, radical, and destructive theories on the nature and morality of homosexuality.

Homosexual activists really didn’t like my article from last week about the relative silence of the church on the topic of homosexuality. A number of them have made the fallacious claim that I compared homosexuals to Nazis. Once again, homosexual activists reveal either that they are unable to follow the logic of an argument or that they care little about truth. Those who made the false claim that I said homosexuals are the moral equivalents of Nazis are either obtuse or dishonest.

Although genocide and homosexual acts are both sins, in man’s economy–and my own belief system–genocide is a far greater sin. And although I believe that all sin represents rebellion against God, I believe that homosexuality and genocide are by nature distinct. If I were going to compare the Holocaust to another sin in terms of its gravity and evil, it would be to abortion.

What is alarming about the account of the German Evangelical Church’s reprehensible failure is its similarity to the ongoing disheartening story of the contemporary American church’s failure to respond appropriately to the spread of radical, heretical, destructive views of homosexuality. . . .We reassure ourselves that if we had lived during the age of slavery or in Germany during the rise of Nazism or during the post-Civil War era when virulent racism still poisoned American life, we would never have stood idly by and done nothing, but I’m not so sure. Look at the church’s actions today when homosexuality and gender confusion are affirmed to and in our nation’s children through our public schools using our hard-earned money. Where is the church? Where is the outrage? Where are the church leaders who rejoice in being persecuted?

I’ve asked this question before and I will ask it again: How depraved does the behavior have to be and how young the victims before the church, starting with those who have freely chosen to assume the mantle of pastor or priest, will both feel and express outrage at the indecent, cruel, and evil practice of using public money to affirm body and soul-destroying ideas to children

The feckless or deceitful claim that I said homosexuals are equivalent to Nazis makes no more sense than claiming that someone who says the church should address both the sin of murder and the sin of gossip are saying that murderers and gossips are morally equivalent.

In The Abolition of Man, C.S. Lewis describes “men without chests”:

Until quite modern times all teachers and even all men believed the universe to be such that certain emotional reactions on our part could be either congruous or incongruous to it-believed, in fact, that objects did not merely receive, but could merit, our approval or disapproval, our reverence or our contempt.

. . . St Augustine defines virtue as ordo amoris, the ordinate condition of the affections in which every object is accorded that kind of degree of love which is appropriate to it. Aristotle says that the aim of education is to make the pupil like and dislike what he ought.

. . . ‘Can you be righteous’, asks Traherne, ‘unless you be just in rendering to things their due esteem? All things were made to be yours and you were made to prize them according to their value.’

. . . Plato before him had said the same. The little human animal will not at first have the right responses. It must be trained to feel pleasure, liking, disgust, and hatred at those things which really are pleasant, likeable, disgusting and hateful.

. . . In the Republic, the well-nurtured youth is one ‘who would see most clearly whatever was amiss in ill-made works of man or ill-grown works of nature, and with a just distaste would blame and hate the ugly even from his earliest years and would give delighted praise to beauty, receiving it into his soul and being nourished by it, so that he becomes a man of gentle heart. All this before he is of an age to reason; so that when Reason at length comes to him, then, bred as he has been, he will hold out his hands in welcome and recognize her because of the affinity he bears to her.’