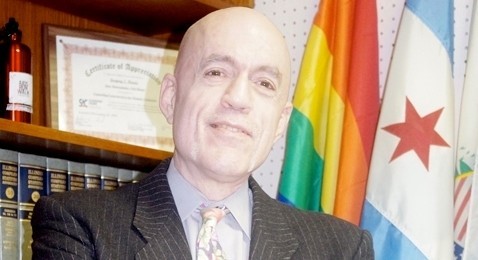 Six months after Illinois’ “civil union” legislation went into effect, anti-family forces committed to redefining natural marriage are already planning their next steps. A recent article in the liberal Huffington Post reports that a “group of Illinois lawmakers have begun laying the groundwork for their latest push to bring marriage equality to the Land of Lincoln,” despite the fact that through the civil union law, same-sex couples already receive all the benefits they claimed they wanted.

This meeting included the Illinois General Assembly’s three openly homosexual members: State Representatives Greg Harris (D-Chicago), Kelly Cassidy (D-Chicago), and Deborah Mell (D-Chicago). Rep. Cassidy, who was identified as a “lesbian activist” by the Chicago Sun-Times, was appointed to the seat late last year by Chicago power brokers. Rep. Mell, a lesbian activist in her own right, traveled to Iowa last summer to secure the title “marriage” for her and her partner — thanks to a 2009 Iowa Supreme Court mandate.

Anyone paying attention should have expected this because homosexual activists have explicitly stated that civil unions are merely a stepping stone to their real goal: the eradication of marriage as it’s been understood throughout history.

It’s not benefits they seek; it’s the societal approval that accompanies legal recognition of homosexual unions as “marriage.”

Of course, homosexual unions will never in reality constitute marriages, but like the proverbial emperor who had no clothes, when the government acts like they are marriages, society will play along with the foolish game of pretend.

The Huffington Post reports that these lawmakers and their activists allies — which include the Log Cabin Republicans — are “looking to the November elections as a crucial political moment as the entire state legislature is up for re-election.” Apparently, homosexual activists didn’t get the “social issues” truce memo.

Pro-family friends, this is a wake up call! Yes, the lagging economy, high unemployment rate, higher taxes, and the rising cost of gas and food are critical issues facing the majority of families in Illinois and across the nation. But we cannot afford to acquiesce on vital foundational issues like natural marriage.

In order to effect positive, family-affirming legislative and public policy solutions, however, we must deal with the political realities of Springfield’s power structure. I would like nothing more than to see the “civil union” law repealed and a state constitutional amendment defining marriage as one man, one woman passed. Many Illinoisans don’t realize that such an amendment has been introduced in every legislative session since 2003, but has, without exception, failed even to be scheduled for a legislative hearing. The political leadership we currently have in the Illinois General Assembly will not allow it. If these leaders do not want a bill to move, it lingers in committee until the session ends.

If we expect to effect legislative change, we must work to change the power structure of Springfield. That means working in local elections to change the makeup of the Illinois House and Illinois Senate in order that our state lawmakers may elect a new Speaker of the House and a new President of the Senate. Just as Nancy Pelosi’s tenure as Speak of the U.S. House of Representatives came to an with the elections in 2010, we can achieve similar results on the state level in the General Election of 2012. But we need to step up and roll up our sleeves.

Take ACTION: Click HERE to email your state lawmakers today and ask them to uphold natural marriage and to support a state constitutional amendment to permanently define this foundational institution. (Be assured, your calls and emails are very important; legislators take very seriously the letters and the numbers of letters they receive.)

We can stop this destructive policy from moving forward, but we must take up the fight again, and be willing to make our voices heard. And this time more than ever we need you to respond to e-mails and action alerts as they progress.

Lastly, as we move through the 2012 Primary and General elections cycles, I want to encourage you to pay special attention to the work of our sister organization, Illinois Family Action (IFA), which is our 501c4 arm. Even though donations to IFA are not tax deductible, please seriously considersupporting our efforts to be politically overt in our support of pro-family candidates and our opposition to anti-family candidates.