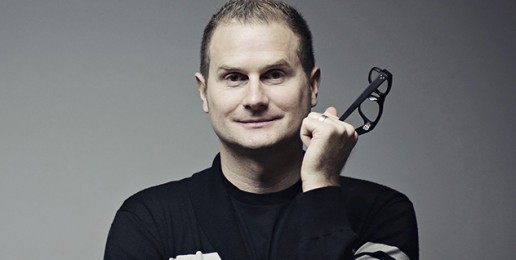 Society thinks teens are especially vulnerable to peer pressure, peer approval, and the need to conform.  We smile at them paternalistically and pat ourselves on the back that we adults are courageous non-conformists, able to leap tall cultural hurdles in a single bound because of our well-formed spines and convictions.

But it is my observation that far too few adults have managed to shrug off that desperate adolescent need to fit in, which is why so few adults lead with courage and conviction on the issue of marriage.

Middle-aged hipster pastor Rob Bell is the most recent faith leader to embrace the legal recognition of non-marital homosexual unions as “marriages.” His foolish and non-heroic announcement represents a shift from orthodoxy to heresy.  It shouldn’t be surprising in that Bell has been abandoning orthodoxy on other doctrinal issues for some time. But it is troubling nonetheless.

Here’s Bell’s scripturally indefensible and intellectually shallow explanation of his current beliefs (which, by the way, could be used to support the affirmation of plural marriage or any other sin inclination):

I am for marriage. I am for fidelity. I am for love, whether it’s a man and woman, a woman and a woman, a man and a man. I think the ship has sailed and I think the church needs—I think this is the world we are living in and we need to affirm people wherever they are.

I think we are witnessing the death of a particular subculture that doesn’t work. I think there is a very narrow, politically intertwined, culturally ghettoized, Evangelical subculture that was told ‘we’re gonna change the thing’ and they haven’t. And they actually have turned away lots of people. And I think that when you’re in a part of a subculture that is dying, you make a lot more noise because it’s very painful. You sort of die or you adapt. And if you adapt, it means you have to come face to face with some of the ways we’ve talked about God, which don’t actually shape people into more loving, compassionate people. And we have supported policies and ways of viewing the world that are actually destructive. And we’ve done it in the name of God and we need to repent.

Leaving a close analysis of Bell’s strange unbiblical ideas to theologians, I will offer just a few observations:

Every time a public figure fashionably announces he or she supports the legalization of same-sex marriage, the ravenous conformist beast within us grows. The secular world and heretics hail these public figures as conquering heroes, and unless we’re wise in our faith and intellectually prepared to understand the specious arguments promulgated in the culture, we too are vulnerable to the powerful yearning to be welcomed into the cool crowd.

Rob Bell’s Recipe For Spiritual Disaster
b
a
x
r