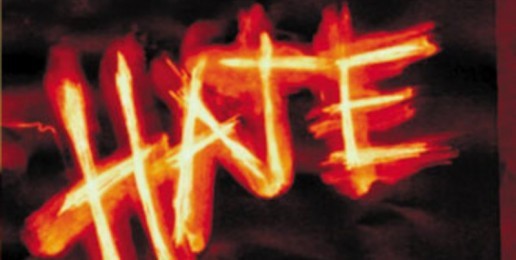 IFI remains deeply troubled, however, by the statement made by U.S. Representative Alcee Hastings (D-FL) who suggested that “‘philias and fetishes and ‘isms'” should be and would be protected by the Hate Crimes Bill.

IFI remains strongly opposed to this legislation in that it erroneously presumes without evidence that homosexuality and cross-dressing are ontological categories similar to race and biological sex. It violates the Fourteenth Amendment which guarantees “equal protection of the laws.” It enhances punishment for crimes based on the thoughts or feelings of the perpetrator. And it provides financial incentives to state and local law enforcement agencies to find criminals guilty of “hate” in order to access federal resources.

Our criminal justice system has been built on the ideal of ”equal justice for all.” If enacted this bill will turn that fundamental principle on its head-justice will depend on whether or not the victim is a member of a protected category: a vicious assault of a homosexual victim will be punished more than the vicious assault of a heterosexual victim. A senseless act of violence, committed with brutal hatred and viciousness, will be treated as less important than one where a criminal is motivated by hatred of specific categories of people. Justice will no longer be equal but now will turn on the race, gender, sexual orientation, disability or other protected status of the victim. All victims should have equal worth in the eyes of the law, regardless of race or status.

The line between bias-motivated speech and bias motivated violence is not so easy to draw.

For example, in prosecuting an individual for a hate crime, it may be necessary to seek testimony relating to the offender’s thought process to establish his motivation to attack a person out of hatred of a particular group. Members of an organization or a religious group may be called as witnesses to provide testimony as to ideas that may have influenced the defendant’s thoughts or motivation for his crimes, thereby expanding the focus of an investigation to include ideas that may have influenced a person to commit an act of violence. Such groups or religious organizations may be chilled from expressing their ideas out of fear from involvement in the criminal process.

Moreover, under existing criminal law principles, the bill raises the possibility that religious leaders or members of religious groups could be prosecuted criminally based on their speech or protected activities. Using conspiracy law or section 2 of title 18 which allows for the prosecution of anyone who aids, abets, counsels, commands, induces or procures the commission of a crime, or anyone who ”willfully causes an act to be done” by another, it is easy to imagine a situation in which a prosecutor may seek to link hateful speech by one person to causing hateful violent acts by another.

Ultimately, a pastor’s sermon concerning religious beliefs and teachings could be considered to cause violence and will be punished or at least investigated. Once the legal framework is in place, political pressure will be placed on prosecutors to investigate pastors or other religious leaders who quote the Bible or express their long-held beliefs on the morality and appropriateness of certain behaviors. Religious teachings and common beliefs will fall under government scrutiny, chilling every American’s right to worship in the manner they choose and to express their religious beliefs.

The “Hate Crimes” bill has moved to the Senate (S.909). IFI is urging voters to oppose vigorously this dangerous and unconstitutional legislation.