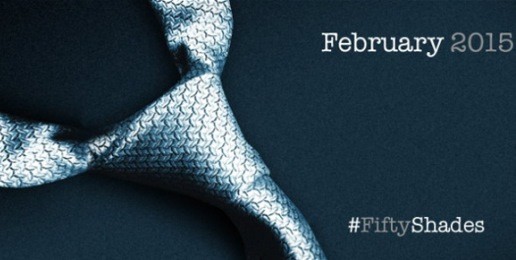 Sometimes we’re able to float through life blissfully unaware of the offal that the television, movie, cable, and video-streaming industries feed the culture. Often, we have a remarkable capacity for ingesting it and ignoring the vomit that results from ingesting offal. Other times, the stench from the offal and the vomit are just too much. That’s what’s happened to me.

The first outrage was hearing that NBC Nightly News anchor Brian Williams regularly watches his own daughter, Allison Williams, who is an actress on the vulgar HBO program Girls. In a recent episode, there was a brief scene in which a young man performs a sex act on her which I can’t describe in even general terms in this article. When questioned, her father offered this silly dismissal of his peculiar TV viewing habit:

She’s always been an actress. For us, watching her is the family occupation and everybody has to remember it’s acting, no animals were harmed during the filming, and ideally nobody gets hurt.

Then, last week, I learned that ABC is producing a sitcom based on the life of nasty, brutish, obscene sex columnist (and Chicago native) Dan Savage. This is the man who at a journalism conference for high school students insulted Christians and then, like a middle-school bully, hurled the anti-“gay” epithet “pansies” at those students who walked out. At a college speaking engagement, the savage Savage described conservative Christians as bat sh*t, a*sh*le, dou**ebags. And in his columns and on college tours, he cheerfully endorses threesomes and sexual practices that involve excrement.

Here are some of the profoundly sad comments Dakota Johnson made in a CNN interview:

It’s stressful enough to be tied to a bed naked in a scene. But then they call cut, and you’re still tied to the bed, naked. Jamie would be the first one to throw a blanket over me….I don’t want my family to see [the movie], because it’s inappropriate. Or my brothers’ friends, who I grew up with.

Dakota Johnson’s response reveals the incoherence of her belief system: While recognizing the truth that there are things regarding her body that her family shouldn’t see, she fails to recognize that the world should not see these things either.

[T]he Gnostic reading of humanity…says the Self has nothing to do with the physical body, but rather the body is nothing more than vesture to be tailored any way one wants.

It’s all rooted in the narrative of one’s “Self” being liberated from the stifling oppression of the body and its various determinations…, rooted in the Gnostic notion that life is the story of the Self’s liberation from (or reconstituting of)…bodily realities in order to pursue the heroic journey of Self-divinization.

Some of the Red Room stuff was uncomfortable. There were times when Dakota was not wearing much, and I had to do stuff to her that I’d never choose to do to a woman.

A man of integrity would refuse to be in a room with an unclothed woman, doing dishonorable things to her. Claiming the mantle of actor does not render Dornan’s actions honorable. Dakota Johnson, the young woman, was in reality unclothed and Dornan did dishonorable things to her—not to a character—but to her. And worse still, he did them so that the whole world could see.

Dakota Johnson reveals too an impoverished view of female empowerment:

[I]f I can be an advocate for women to do what they want with their bodies and not be ashamed of what they want, then I’m all for that.

Female flourishing and freedom do not come from unfettered bodily autonomy but from knowing and doing the will of God. And God does not desire that women engage in sexual acts that degrade and inflict pain on them with men to whom they are not married. Nor does God desire that actresses perform in movies or plays that call for them to be unclothed or touched intimately by men. While Fifty Shades of Grey seeks to depict liberation through titillating, boundary-pushing imagery, in reality, it serves to enslave women in the same sexual grip that has historically enslaved only men.

The Today Show is contributing to the cultural hyperventilation about this tacky movie made from a poorly written, tacky book by showing clips from the movie every day this week, having an advance showing for fans, hosting a contest in which fans are asked to write captions for different scenes, and inviting actors to the show to discuss the movie.

So far, not one guest has been invited to discuss seriously the meaning and effect of this cultural phenomenon on an understanding of sexuality and human flourishing. No discussion thus far of the gnostic aspects that appearing in such a movie signifies. No expressions of sadness about the debasement of women that the movie both reflects and encourages. No shame that teens may be ingesting this offal.