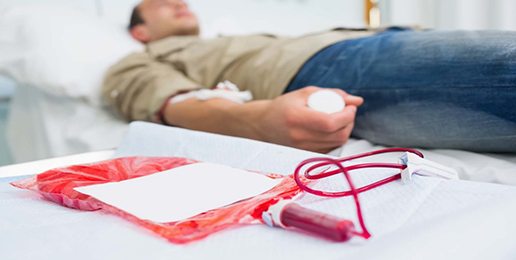 FDA Lifts Ban on Blood Donations from Men Who Have Sex With Men
Written By Laurie Higgins   |   12.21.15
PRINT

After years of lobbying by homosexual activists, the FDA has lifted its lifetime ban on “men who have sex with men” (MSM)—which is the Centers for Disease Control designation—from donating blood. Homosexual activists view the ban as unjustly discriminatory, a relic from the beginning of the AIDS crisis when testing was far less effective. The change means that donations from MSM who claim not to have had homoerotic encounters for one year will be now be accepted.

While many homosexuals claim the lifetime ban was based on “homophobia,” they can’t explain why it didn’t apply to lesbians. Facts are such stubborn and inconvenient things.

While many cheer this decision as a victory for science, others are wondering if it’s a political victory for male homosexual activists.

The FDA explains that “its policies to date have helped reduce HIV transmission rates from blood transfusions from 1 in 2,500 to 1 in 1.47 million.” Further, the FDA cites an Australian study that showed no increase in HIV/AIDS transmission rates following their switching from a lifetime ban to a one-year deferral period.

The United States has twice the HIV/AIDS prevalence rate as the country with the next highest rate.

The FDA assures the public that “[m]oving forward, the FDA will continue to reevaluate and update its blood donor deferral policies as new scientific information becomes available.” Let’s hope and pray that the new scientific information does not include an increase of even a small percentage in the HIV/AIDS or hepatitis transmission rates. And let’s hope and pray that when screened, men who have sex with men will be truthful about the duration of time since their last homoerotic encounter.