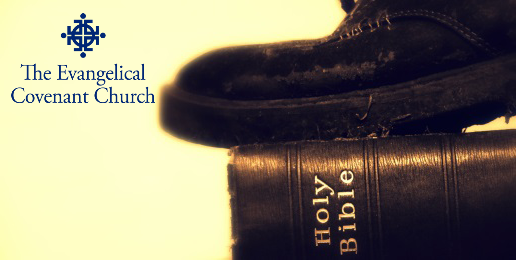 Three years ago, sensing that his pastor at an Evangelical Covenant Church in a Chicago suburb was moving away from theological orthodoxy on homoerotic activity, same-sex relationships, and marriage,  a regular attendee initiated a conversation with his pastor that this past April culminated in the pastor’s  troubling—though not surprising—admission that he no longer affirms either biblical orthodoxy or the Covenant Church’s position on these critical issues.

Yet more troubling still, this pastor—let’s call him Rev. X—revealed that those in authority over him were aware of his rejection of theological orthodoxy as well as the denomination’s position on these matters but were doing nothing. In other words, no church discipline.

Moreover, Rev. X has not yet revealed his abandonment of orthodoxy to his congregation.

Instead last month Rev. X embarked on a quest to lead his flock away from Scripture while claiming he merely seeks to make the church a “welcoming” place for those who identify as homosexual and to make the church a place in which “diverse” theological views are represented.

Rev. X’s transformation from orthodoxy to heresy and his unholy efforts to lead his congregation astray offer important lessons for Christians of every theological stripe because efforts to normalize homosexuality (and gender dysphoria) in and through the church will eventually sully every church’s sanctuary.

Here are just a few thoughts generated by the abandonment of orthodoxy by Rev. X and increasing numbers of church leaders on matters related to homoeroticism:

2.)  “Progressives” toss around the word “love” a lot without a close examination of what true love is. They rightly assert that Christians should be Christ-like, but the portrait they paint of Christ is in reality a self-portrait. They begin with a faint outline of the biblical Jesus and fill in the details with their own desires. The Jesus “progressives” worship is a Jesus separate from his holiness. It’s a fictional Jesus whose love does not demand that our old selves die.

True love of one human for another, like Christ’s love for man, entails desiring that which is objectively good for others, and, therefore, Christ-like love requires knowing first what is true. We learn about truth from Scripture. Deeming good that which the Old Testament moral code condemns as wicked is wicked. Affirming that which the apostle Paul teaches will result in eternal damnation is the antithesis of love. We cannot be more Christ-like by condoning and affirming sin as righteousness.

3.)  Rev. X believes that the “theology of welcome commanded by Christ” is “to reach out in love to all people, beginning with the love of Jesus, trusting it will do its work among those who come to him by faith.” But Christ’s love is not separate from his expectation that those who come to him must repent. And repentance from sin is hampered when shepherds call sin righteousness.

4.)  It was only during the latter half of the latter half of the 20th Century that any theologian arrived at the conclusion that Scripture does not condemn homoerotic activity. Both a plain reading of Scripture and deep, careful exegesis reveal that God condemns all homoerotic activity—not just temple prostitution or other exploitative activity. It is only tortured exegesis prompted first by human desire that leads to the conclusion that neither the Old nor New Testaments mean what they clearly say.

5.)  Marriage is a picture of Christ and his bride, the church. To argue that marriage can be composed of two people of the same sex necessarily means there is no difference in function or role between Christ and his church, which is surely heresy.

6.)  Those who embrace heresy repeatedly claim that the church should be a place where diverse theological positions are permitted. But is this an absolute claim? Are there any issues on which Scripture plainly speaks and which do not permit diverse interpretations? If not, what constitutes heresy? Historically, diversity has been tolerated on issues on which Scripture is unclear. Scripture is clear on the ontology of marriage and the immorality of homoerotic activity.

7.)  It is not possible for a church to embrace both the belief that homoerotic activity, same-sex relationships, and same-sex “marriage” are pleasing to God and the belief that they are abhorrent to God. That kind of contradiction cannot be sustained. Those who reject two millennia of teaching on homoeroticism and marriage are embracing heresy. Those who affirm heresy are wolves in sheep’s clothing.

8.)  Every year heretical theologians in many denominations (e.g., North Park Seminary professor Michelle Clifton-Soderstrom) are working like the devil to lead leaders astray who then lead their flocks astray. Any denominational or nondenominational church leader who decides to embrace heresy in the service of the “theology of welcome” should be encouraged to welcome Dr. Robert A. J. Gagnon, arguably the world’s foremost scholar on the topic of the Bible and homosexuality, to discuss and debate the topic—you know, in the service of diversity and inclusivity.

In November, Rev. X initiated a discussion  series on “LGBTQ” inclusion led by himself and another heretic and chief author of a petition that Rev. X and 114 other Evangelical Covenant Church leaders signed in January of 2015 urging the Evangelical Covenant Church to allow churches to reject theological orthodoxy on matters related to homosexuality. Since Rev. X includes the “T” for “transgender” in his discussion series, some intrepid adherent to orthodoxy should ask Rev. X if inclusivity demands that men who pretend to be women be permitted to use the women’s facilities at his church.  Should men who pretend to be women be permitted to teach children’s Sunday School classes? And should they be permitted to be camp counselors for girls?

Those who confront heretical church leaders like Rev. X will be accused of undermining unity and promoting schism. During those painful moments of division and strife, they should remember that unity never trumps truth.

Theologian and pastor Doug Wilson provides some clarity about the issues of heresy, schism, and the critical importance of church discipline:

[T]here is another kind of future unity that we are supposed to grow up into (Eph. 4:13), when we finally arrive at the perfect man, in the unity of the faith. When we have arrived there, it will have been because we have rejected various winds of doctrine, the sleight of mind, and the cunning craftiness of false teachers (Eph. 4:14). In other words, in order to grow up into the truth, we have to reject the liars. And we do so while speaking the truth in love (Eph. 4:15). Identifying and rejecting the liars, the divisive, the sectarians, and the schismatics is therefore the path to catholicity. It is not part of the harvest—it is removing rocks from the fields during the plowing and planting.

Rev. X is not really advocating for tolerance, inclusivity, or diversity. He is sowing the seeds of heresy in his church and denomination. He is incrementally leading his flock astray. If he believes homoerotic activity and same-sex unions can be holy and pleasing to God, it makes no rational or moral sense for him to long tolerate the belief that homoerotic unions are intrinsically and profoundly wicked. It is  morally incumbent upon any church leaders who believe committed same-sex unions please God to denounce the belief that God condemns homoerotic activity and unions.

What Rev. X is now teaching will harm in incalculable ways the temporal and eternal lives of those whom he seeks to welcome by calling sin holy. His teaching will harm children and families. And his teaching will harm the Christian witness. Rev. X stands with those shining artificial light on the broad road that leads to destruction. In pursuit of a worldly understanding of “inclusion,” Rev. X and his accomplices are leading Christians to eternal exclusion from God’s glorious presence.