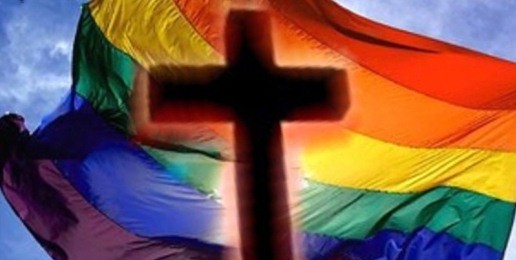 Despite the fact that I am neither a theologian nor a pastor, I’m going to make what I hope are not presumptuous observations about the way some individuals, church leaders, and non-profit organizations attempt to build bridges with the homosexual community. Many Christian “bridge-builders” are pursuing this noble effort by either concealing from their GLBTQ friends the true nature of their orthodox theological positions, or conversely by concealing from their orthodox Christian friends their non-traditional theological positions.

The goals of building bridges, cultivating community, and fostering relationships between the orthodox Christian community and the LGBTQ community, and spreading the Good News of Christ’s work of redemption within that community are not only noble but critical goals. And certainly different people are called to approach these goals in different ways. But the methods or strategies employed must never sacrifice, obscure, or compromise truth.

Some of these bridge builders justify their obfuscation by claiming that it is not the role of the Christian community to “convict or judge.” They argue, rightly in my view, that it is the Holy Spirit that convicts the heart of man, and God who judges. But the way they are using this correct theology muddies the waters by implying that if we state clearly that God defines homosexual behavior as sin, we are guilty of convicting and judging others. That is false. To answer direct questions with direct, clear answers on God’s view of homosexuality does not constitute either convicting or judging. And it can lead to the very redemption bridge-builders profess to desire for the LGBTQ community.

There are several important clarifications that need to be made. First, conviction is a work of the Holy Spirit on our hearts. Second, our plain, unequivocal, unambiguous statements about what the Bible teaches about homosexuality are not the convicting work of the Holy Spirit on our hearts. And third, speaking plain truths often plays a part in the Holy Spirit’s work of convicting us of sin. We can and should respond to direct questions with direct responses with no fear that we have engaged in a presumptuous acts of convicting.

The idea of “judgment” is similarly misused. We as fallen humans cannot presume to judge who is saved and who is not, but we are obligated to teach and preach about what God’s Word teaches about sin. Articulating clearly what the Bible teaches on homosexuality does not constitute unbiblical, illegitimate judging. God manifestly does not prohibit believers from sharing what he reveals in his Word as right or wrong conduct. What kind of a world would we live in if every Christian ceased articulating moral principles derived from Scripture?

If asked directly, orthodox believers should answer winsomely and lovingly but plainly and truthfully. If we strain to find ways to avoid speaking the truth that God proscribes homosexual practices, we do a disservice both to those experiencing same-sex attractions and to our relationship with Christ. Our equivocations, evasions, or ambiguity will either appear as untruthful and manipulative, or they will deceive people into thinking we believe something we do not. We should instead do as we are commanded and speak the truth in love.

Of course, sharing biblical truths about sin may make people uncomfortable and even angry, but sharing what the Word of God teaches about homosexuality, if done in a spirit of humility and in a gracious manner, does not and indeed cannot, inhibit the work of the Holy Spirit. To imply that because speaking biblical truth hurts or angers those who self-identify as homosexual, it undermines the capacity of the Holy Spirit to bring them to salvation is unbiblical.

Those who self-identify as homosexual are no different from those who are selfish, greedy, envious, prideful, fornicators, gossips, or gluttons. All of us come to the cross as sinners, and none will be fully sanctified until Christ’s return, but retreat from or obfuscation of what the Bible teaches about selfishness, greed, envy, pride, fornication, gossip, gluttony, homosexuality, or any other of the myriad manifestations of sin is simply not scriptural–and therefore not good.

If a fornicator comes to us and asks if God approves of fornication, we must with love, humility, and empathy, tell him no, God does not approve of fornication. Similarly, if someone asks us directly how God views homosexuality, we must answer that God disapproves of it. We do not reject him or her because of their questions, their feelings, or their actions. And we ought to take this opportunity to share the Gospel message of hope and redemption. But we must answer truthfully. His or her anger does not mean we have done something wrong, and it tells us precisely nothing about the ultimate effect of our words. If we speak God’s truth in a gracious, humble manner, we glorify God. The ultimate consequence is in God’s hands. All our strategizing about what will work best to draw people into the Kingdom reveals our lack of understanding of God’s sovereignty.

Long-(mis) attributed to Martin Luther are these words:

If I profess with the loudest voice and clearest exposition every portion of the truth of God except precisely that little point which the world and the devil are at that moment attacking, I am not confessing Christ, however boldly I may be professing Christ. Where the battle rages, there the loyalty of the soldier is proved, and to be steady on all battlefields besides is merely flight and disgrace if he flinches at that point.

I have been so greatly disappointed with the white church and its leadership. … too many … have been more cautious than courageous and have remained silent behind the anesthetizing security of stained-glass windows. … I have looked at the South’s beautiful churches with their lofty spires pointing heavenward. I have beheld the impressive outlines of her massive religious-education buildings. Over and over I have found myself asking: “What kind of people worship here? Who is their God? …

In deep disappointment, I have wept over the laxity of the church. … I see the church as the body of Christ. But, oh! How we have blemished and scarred that body through social neglect and through fear of being nonconformists.

There was a time when the church was very powerful in the time when the early Christians rejoiced at being deemed worthy to suffer for what they believed. In those days the church was not merely a thermometer that recorded the ideas and principles of popular opinion; it was a thermostat that transformed the mores of society. Whenever the early Christians entered a town, the people in power became disturbed and immediately sought to convict the Christians for being “disturbers of the peace” and “outside agitators”‘ But the Christians pressed on, in the conviction that they were “a colony of heaven,” called to obey God rather than man. Small in number, they were big in commitment. They were too God intoxicated to be “astronomically intimidated.” By their effort and example they brought an end to such ancient evils as infanticide, and gladiatorial contests.

Things are different now. So often the contemporary church is a weak, ineffectual voice with an uncertain sound. So often it is an archdefender of the status quo. Far from being disturbed by the presence of the church, the power structure of the average community is consoled by the church’s silent and often even vocal sanction of things as they are.

“Building bridges,” cultivating community, and fostering relationships must always be subordinate to teaching the entirety of Scripture. That is not to say that Scripture passages on homosexuality are the totality of the message. They’re not. But it does mean that Scripture has something explicit to say about homosexuality, and if we are asked what the Bible says, we are obligated, if we love Christ and love our neighbors as ourselves, to share that hard truth. That we must address this issue so often arises not from any obsession on the part of Christians but rather from the relentless, pervasive cultural assault on biblical truth.

John Wesley articulates eloquently the reasons and necessity for a clear exposition of God’s universal, eternal, and immutable precepts for human conduct:

. . . [T]he First use of [the law] without question is, to convince the world of sin. This is, indeed, the peculiar work of the Holy Ghost; who can work it with out any means at all, or by whatever means it pleaseth him. . . . But it is the ordinary method of the Spirit of God to convict sinners by the law. It is this which, being set home on the conscience, generally breaketh the rocks in pieces. It is more especially this part of the word of God which is . . . quick and powerful, full of life and energy, “and sharper than any two edged sword.” This, in the hand of God and of those whom he hath sent, pierces through all the folds of a deceitful heart, and “divides asunder even the soul and the spirit;” yea, as it were, the very “joints and marrow.” By this is the sinner discovered to himself. All his fig-leaves are torn away, and he sees that he is “wretched, and poor, and miserable, and blind, and naked.” The law flashes conviction on every side. He feels himself a mere sinner. He has nothing to pay. His “mouth is stopped,” and he stands “guilty before God.”

To slay the sinner is, then, the First use of the law; to destroy the life and strength wherein he trusts, and convince him that he is dead while he liveth; not only under the sentence of death, but actually dead unto God, void of all spiritual life, “dead in trespasses and sins.” The Second use of it is, to bring him unto life, unto Christ, that he may live. It is true, in performing both these offices, it acts the part of a severe school-master. It drives us by force, rather than draws us by love. And yet love is the spring of all. It is the spirit of love which, by this painful means, tears away our confidence in the flesh, which leaves us no broken reed whereon to trust, and so constrains the sinner, stripped of all, to cry out in the bitterness of his soul, or groan in the depth of his heart,