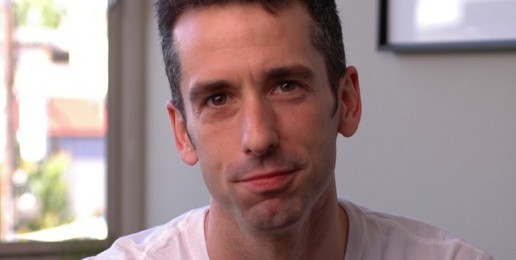 No matter what one thinks of the homosexuality-affirming “It Gets Better” project, do we really want the president of the United States to be associated with radical sex columnist Dan Savage, the creator of this campaign?

“It Gets Better” is the online video project that Chicago native Dan Savage created in which he seeks to end bullying by affirming homosexuality. Joining him in this effort are Barack Obama, Joe Biden, Kathleen Sebelius, Nancy Pelosi, and Hillary Clinton.

Savage–the even more offensive doppelganger of our Safe Schools Czar Kevin Jennings–celebrates homosexuality in general and his own in particular. He has chosen the unholy mission of normalizing homosexuality through the use of shockingly obscene and anti-Christian hate rhetoric. What’s ironic in his anti-Christian demagoguery is the evident and embarrassing ignorance he demonstrates about even the most basic theological ideas.

But judge for yourselves whether this is the kind of person whose work a president of the United States or any decent person should endorse:

Dan Savage on how to come out to your Evangelical Family

In a vicious attempt to malign former senator, Rick Santorum, Dan Savage held a contest to come up with the following sick definition for the word, “santorum” and then created a website specifically for it: (WARNING-extremely offensive) www.spreadingsantorum.com

Here’s what Savage, who with his partner Terry has adopted a boy, has to say about “three-way” sex:

I had “cheated” on Terry–but only in front of him, only with his permission, only with someone we both liked and trusted, only when we were in one city and our son was in another. So, yes, we’ve had a three-way–actually we’ve had a couple, and while three-ways barely register on the kink-o-meter anymore, they’re considered the absolute height of kink for people like us–for parents, I mean, not for gay people. As parents we’re not really supposed to be having sex with each other, much less have sex with someone else….

One was a nice French guy who looked like Tom Cruise. The other was with an ex-boyfriend of mine, a Microsoft millionaire who spent hundreds of thousands of dollars building a “playroom” in his basement–a kind of sex toy wonderland. Terry wanted to see this playroom for himself and so we went over for dinner…and one thing led to another…

Yes, this is the man that WTTW’s Phil Ponce recently interviewed and whom the Chicago Humanities Festival thought worthy of an invitation to speak. And this is the man in whose project Obama, Biden, Sebelius, Pelosi, and Clinton are participating.

A life without bullying is most definitely a better life and one which every child deserves. But a life in which sin and immorality are affirmed and celebrated is not a better life. It is one that will lead to eternal separation from a just and Holy God.