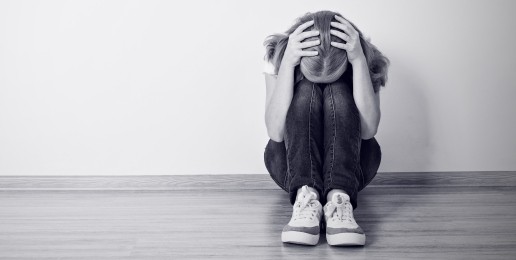 
Lesbian activist State Representative Kelly Cassidy (D-Chicago) is trying to rush out of committee her ill-conceived, poorly written mess of a bill that would prohibit any counseling efforts that may help minors construct an identity that does not include affirmation of unwanted same-sex attraction. Perhaps these minors should be considered a “sexual minority.”

Cassidy’s bill is titled the “Conversion Therapy Prohibition Act,” but oddly this bill fails to define precisely what is prohibited, which matters not to Cassidy and her legislative accomplices. Just get the bill passed in a New York minute, and then let likeminded ideologues from homosexuality-affirming law firms and in the courts will sue the pants off any mental health providers who say anything homosexual activists don’t like.

In addition to the criticisms of this preposterous bill that I outlined in my first article, there are other aspects of this issue on which lawmakers should ruminate. For example, on the website Public Discourse, happily married mother of two, Jean Lloyd, PhD., tells the story of her own gender confusion and same-sex attraction when she was a teen. Further, she outlines with painful clarity what the trajectory of her life might have been if “conversion therapy” bans had been in place in 1985:

Teens struggling with their sexual identity may seem to have more options than they did in the 1980s—but one important option is increasingly denied to them.

I came across a photo the other day of a fifteen-year-old girl dressed in a tuxedo, complete with red bow tie and tails, standing in front of a Christmas tree. She was heading for her high school’s Christmas dance, and her parents had taken pictures beforehand.

Why the tux? She had recently heard of a “gender bending” prom at a nearby school, one where all the girls had worn tuxes along with their dates. She was immediately drawn to the idea. However, at her school, she was the only one in on the twist. In the photo, she is attempting to look cool and smug, but her eyes betray sadness. The sexual identity struggles and confusion that had been quietly welling up within her since middle school were finally emerging for all to see.

The photo is from many years ago. I know because I am the girl in the picture. As I think back to that night, I can’t help but wonder how that girl’s life—my life—would have been different if the dance had taken place in 2015 instead of 1985.

After the pictures at home are taken, it’s time to head to the dance. Once she arrives, the girl in the tuxedo attracts attention for her bold choice to subvert gender stereotypes through her choice of attire. Members of her high school’s LGBTQ-Straight Alliance applaud her. Later, when she opens up about the confusion she’s been wrestling with surrounding her feelings toward other girls and her own identity, the “Q” (for “Questioning”) component of such clubs is happy to welcome her and inform her about gay sex and identity.

If she resists embracing a lesbian identity, she is encouraged to come out of denial and accept herself for who she is. If she seeks counseling, her therapist hews to a strict, professionally mandated protocol to affirm and validate her identity as homosexual. The counselor tells her that being lesbian is an unchangeable and good part of who she is, even though the girl is experiencing significant distress over the intense emotional and physical draw she feels toward other girls and women.

While she is in therapy, if she mentions wishing to resist these attractions and wonders whether she might develop heterosexually—or at least not identify as gay—it is considered unethical for the counselor to discuss this possibility with her. In some states, such as California and New Jersey, it is even against the law.

If she speaks of her religion and says there are faith convictions at stake that matter deeply to her, the therapist tries to help her overcome her “homophobic” values and free her from the “false consciousness” and oppression to which she is clearly subject.

And if she finally discusses the still unrevealed secret of sexual abuse—the fifty-year-old uncle and the summer six years ago? Exploring its possible connection with her same-sex attraction is forbidden. Any such discussion or treatment must still affirm her same-sex orientation and disassociate the abuse from her sexual development. She is, after all, only fifteen, and must be protected from dangerous ideas that might depress her further and chip away at her fragile self-esteem.

Through social and therapeutic efforts, our fifteen-year-old’s same-sex attractions are reified as central to her very being and personhood. Alleviating her distress about them and encouraging her to accept herself as lesbian is the only option presented to her. She may even be told that she was “born this way,” evidence to the contrary notwithstanding.

Since she wore the tux to the dance and is seeking a more masculine gender expression, a discussion of possible transgenderism is in order. If she is interested or agrees, a conversation about public restrooms and her right to privilege her “inner sense of gender” may be needed. With her consent, her therapist is legally permitted and professionally encouraged to help her begin socially transitioning from female to male. Eventual sex reassignment surgery is an option, depending on insurance coverage and personal resources.

Now there is no therapeutic imperative to help her accept herself as she is because she was “born this way,” as there would be regarding her same-sex attraction. For biological sex is not sacrosanct, as inner sensibilities or attractions are (faith or moral sensibilities excepted, of course). The subjective trumps the objective.

In 2015, sexual orientation redirection efforts are precluded from discussion, even if she explicitly asks for them. However, if she senses she is transgender, her right to redirection must be honored. If she wishes, she can quickly begin the process of “transitioning” to become a male. This path will involve intensive gender re-socialization, hormone therapy, and if she wants, irreversible amputative and reconstructive surgeries. This is and arduous and painful journey, with many risks and harms, irremediable loss and regret among them. But it is considered worth these risks and pain. She is, after all, only fifteen, and it would be unfair at such an age to limit the horizon of her possible identity paths and the options available to her.

All except one option, that is.

Should she one day desire children—as a lifestyle choice—they can be obtained through adoption or third-party reproduction. Whether the child ever has another social parent is up to her. It’s her child, after all.

And at long last, she—become he—will have what she wanted. Or, if not exactly what she wanted, at least what those initial counselors, affirmations, and “freedoms” had left open to her younger self, in flagrant disregard of the long-term possibilities and options they had foreclosed.

1985: The Girl in the Tuxedo Begins a Journey

I was that fifteen-year-old girl in the tuxedo, but my experience was very different from the one promoted by the social values of 2015. What ensued thereafter was a long and sometimes arduous and painful journey of becoming, working out my sexual identity from the cauldron of confusion that surrounded my development.

I have written a little about this journey, wherein I embraced and then renounced an active lesbian life to follow the God who made me and called me by name into His love. I began to trust the One who knew the truth of my identity more than I did, who wrote His image into my being and body as female, and who designed sexuality and set boundaries upon it for my good. I spent well over a decade as a celibate single person. During this time, I felt a wholeness in body, a growing wholeness in my soul, and a greater peace than I could ever have imagined at the age of fifteen. This was more than enough transformation for me, and I was deeply content. However, fifteen years after my tuxedo debut, to my utter surprise, a flicker of heterosexual desire emerged. As I approached forty, I certainly never dreamed I would marry. But now, as I write, I struggle to finish because my youngest child is tugging at my arm. My beloved husband, my children’s father, will soon be home from work.

Perhaps the most remarkable aspect of Cassidy’s bill is its inconsistency with other claims of the Left. While homosexuality and gender-confusion advocates believe that minors should be able to access medical assistance to help them change their unwanted gender—which, of course, is biologically determined (i.e., they were “born that way”)—these same activists believe minors should be prohibited by law from accessing medical help to change their unwanted “sexual orientation”—for which there is no proof of biological causation. Stunning hypocrisy.

Jean Lloyd’s story exposes the politically-infused narrow-mindedness, callousness, and restriction of liberties of Cassidy’s ambiguous, hypocritical “Conversion Therapy Prohibition Act.” Those lawmakers inclined toward the path of least political resistance ought to spend time researching and thinking deeply on this issue. They should ask themselves what if Jean Lloyd had been their daughter? Nothing less than the welfare and rights of children, teens, and the parents who love them most deeply are at stake.

TAKE ACTION: CLICK HERE to contact your State Representative and urge them to protect the rights of minors to seek help for their unwanted attractions. Urge a “No” vote on HB 217.