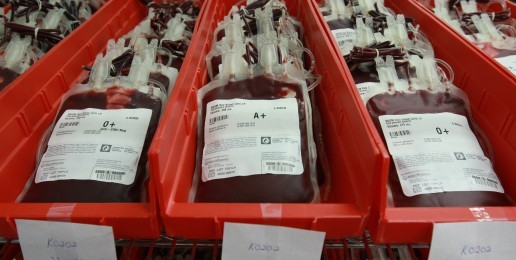 On Friday June 11th, the Health and Human Services Advisory Committee on Blood Safety and Availability voted against lifting the lifetime ban on blood donations from men who have sex with men. The vote was 9-6. Illinois Family Institute applauds this news.

Homosexual activists are not just trying to force acceptance and legitimacy of their sexual behavior through the media, military, legislatures, schools, courts and academia, but now they are targeting health care — even if it may place the nation’s entire well being in danger. Leaving the homosexual ban in place will assure our blood supply remains safe.

Four patients who received organ transplants in Chicago area hospitals contracted hepatitis and the AIDS virus from one donor, who was medically identified as a person who lived a “high risk” lifestyle. It was later confirmed that this donor’s “high risk” lifestyle was homosexual behavior.

As far as organ donations, public health officials were quick to point out that this is the first known case of an organ transplant patient getting HIV since 1986, and the first known instance where one donor has passed both hepatitis C and HIV.

It’s the team of doctors who weigh the test results and life-style risks against the risk of not operating. That decision rests primarily with the doctor, not the patient.

Doctors knew that the donor of the diseased organs had been engaged in homosexual behavior. At least one patient was not in “imminent danger of death” and was doing well with her current treatment. Back in January, before her surgery, she was told only that the donor was a strong, healthy young man. Then on November 13, it was disclosed that the donor was actually a “38-year old gay man who lived a high-risk lifestyle.” This information was new only to the patient, known as Jane Doe, not to the doctors. She has filed a lawsuit.

According to Jane Doe’s attorney, the CDC guidelines were violated twice by not fully informing her about the level of risk in her donor, and by not following up with HIV testing. It wasn’t until another patient was tested that she was also tested and found to be carrying the virus.

This is exactly why the federal Food and Drug Administration (FDA) reaffirmed their ban on homosexual male blood donations — specifically because of the fact that homosexual men engage in behavior that puts them at a substantially higher risk of contracting HIV or AIDS. Scientists and doctors at the FDA are fully aware of the deadly consequences of the “high risk” homosexual lifestyle.

The FDA’s ban on “high risk” blood donation isn’t limited to homosexuals. They also restrict other “high risk” categories as well, in an effort to minimize the chance that HIV or other infectious agents are introduced into our blood supply; the restrictions include the following:

“Risky” lifestyles, such as prostitution, homosexuality, and intravenous drug use can spread disease. In most instances, those “at risk” are simply those who willingly participate.

Even the CDC recognizes that sex between men and intravenous drug use are “high risk.” The CDC takes it even a step further by recommending in their guidelines that “gay men who are sexually active should not be used as organ donors unless the patient is in imminent danger of death…”.

Tolerance, our generation’s golden calf, demands many sacrifices and requires a willing ignorance of the obvious. Innocent organ receivers who do not choose to risk their health are sentenced to suffer the consequences of others’ high risk lifestyles.

Click HERE to read the current FDA policy concerning men who have sex with men and the danger of allowing them to donate blood.