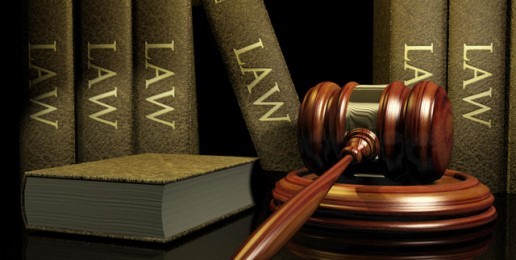 Today is a lamentable day in Illinois because today the civil union law takes effect.

State Senator David Koehler (D-Peoria), sponsor of this law, recently expressed his frustration that the legislative intent of the law, made explicit during Senate debates, is being violated.

Sen. Koehler made it abundantly clear during floor debates that the civil union law was intended to protect the rights of social service organizations, including adoption agencies, to carry out their duties in accordance with their faith.

The amendment was defeated in the Senate Executive Committee. The irony in this is that our civil union law is titled the “Religious Freedom Protection Act and Civil Union Act.” What is interesting is that Koehler is a liberal Democrat and former pastor (United Church of Christ) who has a lesbian daughter. 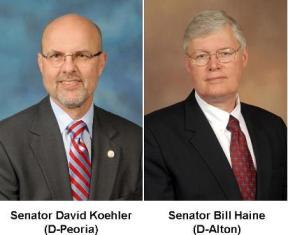 Koehler made a commitment at the time of the civil union bill that religious rights would be protected. He evidently was surprised that the civil union law that he sponsored would be used to abrogate the rights of religious organizations, and that’s why he proposed the religious exemption amendment.

Click HERE to see Sen. Koehler reading a transcript of his exchange with Senator William Haine (D-Alton) during discussion on the civil union bill. In the first 2 1/2 minutes of the video, Koehler reads an excerpt that is relevant to recent challenges to religious adoption/ foster care organizations.

Haine: “‘Nothing in this Act shall interfere or regulate with (sic) the religious practice of any religious body.’ Any religious body is free to choose whether or not to solemnize or officiate civil unions. Now, I take it from your comments that the intent of this bill is not to make that one item but two separate intents: the solemnization of civil unions is one sphere; the second sphere is religious practice, which includes a wide variety of things. Is that correct?”

Koehler: “Yes, that is correct.”

Haine: “So, we should not read them together as just referring to the act of solemnization of a civil union, right?”

Koehler: “If I understand your question correctly, yes.”

Haine: “Therefore, and this is part of the intent, this has been the worry of these institutions of faith of all denominations, Christian and Jewish. Go to their various agencies providing social services…adoption agencies, a wide gamut of things–so that’s covered under the first sentence (of the civil union act)?”

Koehler: “Yes. The intent is not to at all impede the rights religious organizations have to carry out their duties and religious activities.”

So, in Senate discussions, the issue of the rights of religious social service organizations was specifically addressed and now, just a few months later, homosexual public policy groups are saying exactly the opposite of what the bill’s sponsor said at the time the bill was passed.

Homosexuality-affirming groups are pursuing child welfare organizations ostensibly because they receive state funds. But clearly, Sen. Koehler was aware that many religious child welfare organizations, including the three currently being challenged, receive state funds, and he believed they would and should be permitted to exercise their religious rights while receiving state support.

Moreover, how long will it be before the actual goals of homosexual groups that are now concealed behind the specious public money argument will be exposed? The public money subterfuge will probably last about as long as every other sophistical subterfuge has lasted:

The civil union (i.e., same-sex “marriage”) law represents the government institutionalization of a number of unproven, radical, ahistorical, and erroneous assumptions. This law institutionalizes the belief that procreative potential is in principal irrelevant to marriage; that gender is irrelevant to marriage; that gender is irrelevant to parenting; that children have no inherent, unalienable right to be raised when possible by their biological parents; that volitional homosexual acts are inherently moral; and that marriage is solely a private enterprise constituted by only the subjective feelings of the parties involved.

There is no moral or constitutional requirement or justification for the government to institutionalize these non-factual assumptions.

Civil rights are not simply desirable things. In other words, just because something is desirable does not mean accessing it, possessing it, or belonging to it is a civil right. Despite the claims of homosexuals, when discussing whether to legalize same-sex marriage, the issue is not equality vs. inequality. The central issue is to determine to what conditions the idea of equality applies. The political concept of equality does not demand that all types of conditions be considered identical or morally equivalent. Commitments to equality do not require that society refrain from making moral judgments about volitional acts.

Homosexuals are demanding that society accept the unproven, non-factual belief that same-sex desire and volitional homosexual acts constitute a condition that society must treat like race/skin color or nationality. This is a convoluted, deceptive way of compelling society to stop making moral distinctions about volitional behavior. Homosexuals assert that the idea of equality demands that we treat homosexual attraction and acts as morally equivalent to heterosexual attraction and acts. This is a perversion of the idea of equality and applied consistently would require that society treat all conditions defined by desire and volitional acts the same. A just society committed to the principle of equality has no moral or constitutional obligation to treat all subjective feelings and volitional acts as morally equivalent.

When homosexual men assert that they are attracted to only men, and when homosexual women say they are attracted only to women, they are implicitly acknowledging that there are fundamental differences between men and women. It is logical to conclude, therefore, that a union composed of two men or two women will be of a fundamentally different nature than one composed of one man and one woman. It is legitimate for governments to conclude that heterosexual unions will have a different and more beneficial impact on the public good than will homosexual unions and, therefore, only heterosexual unions should be institutionalized.

Take ACTION: Please click HERE to send an email or a fax to your state representative and state senator to urge them to sponsor a repeal of the civil union law which does not protect the rights of religious institutions.