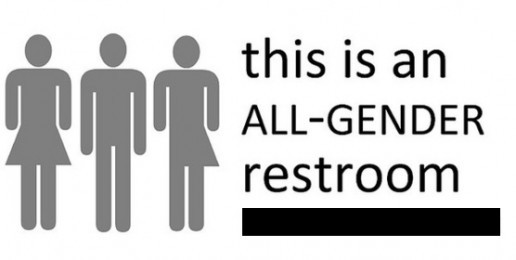 Massachusetts parents are in an uproar over new state education policies that allow “transgender” students to use bathrooms of the opposite sex.

The state’s Commissioner of Education, Mitchell Chester, issued the new guidelines to all schools serving students from kindergarten to 12th grade.

The policy states that boys who declare they are girls must be allowed to use the women’s restrooms, locker rooms, and changing facilities.  And vice versa.

The policy further directs school officials to address students according to their chosen identity, and to discipline fellow students who fail to affirm a fellow student’s “gender identity choice.”

The guidelines go so far as to prohibit school officials from discussing a student’s gender identity choice with their parents without the permission of the student.

The new bathroom rules are the result of legislation passed in Massachusetts prohibiting discrimination based on “gender identity.”

Kris Mineau, President of the Massachusetts Family Institute, sharply criticized the new directive as a violation of student’s privacy.  “This policy places girls at risk of privacy invasions and sexual abuse as early as kindergarten.”

In related news, a Colorado couple has filed a complaint against their local school district because school officials won’t allow their six year-old son to use the girls’ bathroom.

Jeremy and Kathryn Manis have filed a complaint with the Colorado Civil Rights Division against Eagleside Elementary School in Fountain, Colorado.

They claim that their son, Coy, is a victim of “gender identity” discrimination in violation of Colorado’s newly revised anti-discrimination statutes.

Even though Coy is allowed to wear girls clothing to school and is referred to in feminine terms, his parents say that is not enough.  They insist that failure to allow Coy to use the girls’ bathroom “singles out and stigmatizes” their child.