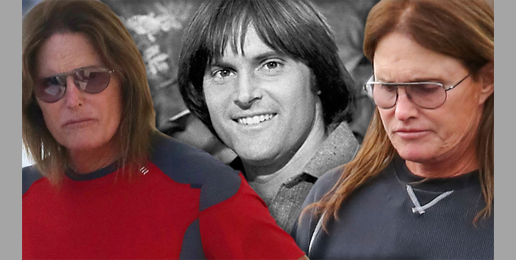 “When you pull up your anchor and you have no moral compass that says true north, then increasingly you lose the ability to understand what’s normal,” warns Dr. Richard Land, who leads Southern Evangelical Seminary in Charlotte, North Carolina.

Land is commenting about so-called “bathroom bills” and transgendered people, a cultural battle in which some state governments have reacted to the relatively new controversy of mentally ill men stating they are women and demanding access to women’s restrooms and locker rooms.

The most infamous political fight took place in North Carolina, where then-Gov. Pat McCrory and legislators took action with bill HB2 after a Charlotte ordinance forced business owners to allow men to use women’s restrooms or be fined for refusing to do so.

Homosexual activists reacted as expected: McCrory was denounced as “transphobic” and a hater (and narrowly lost re-election); the Department of Justice announced it would sue; and LBGT-supporting companies were pressured to pressure state officials with a threat of fleeing corporations and lost jobs.

A year later, Texas lawmakers are currently in a special session dealing with the issue of bathroom policy. One of two bills submitted in the House would require people to use the bathroom, showers and other private facilities based on their born gender. Another bill deals strictly with schools.

Land says progressives, meanwhile, are increasingly unable to state what is moral and normal.

OneNewsNow has reported how the American Psyschiatric Association softened the term “gender identify disorder” to “gender dysphoria” in 2013 under pressure from homosexual activists.

Beyond the issue of men identifying as women, there is also a left-wing demand to identify people according to their preferred gender, with supposed gender pronouns such as “ze” and “zir” used in place of “him” and “her.”

There is also an ongoing demand to address people by their self-identified gender identities, now numbering more than 50, such as “agender,” “pangender,” and “gender fluid.”

Much like the Charlotte ordinance, New York City is threatening to fine business owners who cite the wrong pronoun to transgendered customers.

Texans don’t agree with such loony demands, says Land, pointing to polling that suggests a majority of husbands and fathers oppose a biological male using the shower and restroom with their wives and daughters.