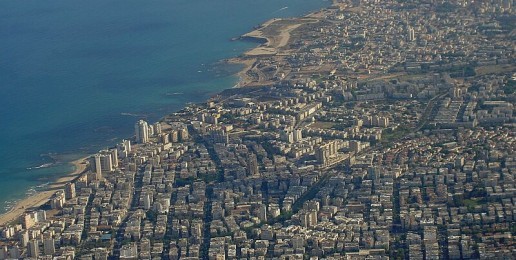 Yet another tragic, horrific, and utterly unjustifiable murder of homosexuals has taken place, this time in Tel Aviv, Israel at a youth center for homosexual teens. Saturday night, two were killed and thirteen wounded when a gunman opened fire in a club where homosexual teens meet. The unspeakable carnage exposes how very dark the mind of fallen humans can become.

And this recent mind-numbing crime provides yet another occasion for homosexual activists and those who support their social and political goals to lay an unbiblical, unchristian, indefensible crime at the feet of all Christians who hold biblical views on the nature and morality of homosexuality and who deplore murder.

Mourning for those young people whose lives were violently taken had not even begun before attacks on Christians could be found in the comments section of homosexual blogs. For example, last night one blog comment read, “The extremist religious people in our society, especially those like [National Organization for Marriage] and other anti-gay religious organizations (Pat Robertson, et al) are the cause of this kind of violence against the GLBT community. Members of these organizations spew their hatred on television and in their churches, and the weak-minded grab hold of their hateful words and act on them.”

Another read, “Last night I was at evening Mass in my home town. The priest began his sermon by talking about the ‘culture of death’ and his disapproval of euthanasia. How did he get from that to an attack on gays and lesbians? I don’t know, but somehow he did. He ranted about the introduction of civil partnerships for gays and lesbians in the UK and the adoption of children by gays and lesbians, and said that God had shown his attitude to ‘active homosexuality’ once and for all by his destruction of those ‘wicked people’ of Sodom and Gomorrah. We see from the events in Tel Aviv exactly where that kind of thinking leads.”

In an exploitative effort to silence Christians, homosexual activists rush in to impute culpability directly and speciously to orthodox Christian teaching on the morality of homosexual acts.

Can any homosexual activist provide evidence that those who are responsible for crimes associated with hatred of homosexuals are or were serious, committed followers of Christ who loved the Lord and His Word, knew Christian doctrine, and sought to live a life that would bring glory to God?

How specious to claim that the deaths of Nir Katz and Liz Trubeshi in Tel Aviv, Sakia Gunn, Sean Kennedy, Lawrence King, Jose Sucuzhanay(who was presumed to be but was not homosexual), Scotty Joe Weaver, or Carl Walker-Hoover and Jaheem Herrera (who were not homosexual but called anti-homosexual epithets) were caused by the orthodox beliefs of those who desire nothing more than that all should come to Christ so that they can know “the peace of God, which surpasses all understanding” and the “fullness of joy.”

How specious to claim even implicitly that the convicted offenders Richard McCullough, Stephen Andrew Moller, Brandon McInerney, Hakim Scott, Christopher Gaines, Nichole Kelsay, Keith Phoenix, and the schoolyard bullies who harassed children were true followers of Christ who believed that all have sinned and fallen short of the glory of God and that we are to love our neighbors as ourselves.

Or it would be like saying that all people who oppose the exploitation of the environment are culpable for the acts of ecoterrorism engaged in by the Earth Liberation Front.

It’s exactly the same kind of charge that pro-abortionists level at all pro-lifers. Pro-abortionists offensively claim that those who oppose the killing of the unborn and reject murderous vigilantism are responsible for the murderous acts of vigilantes.

Are homosexuals who believe that polyamory, or “swinging,” or adult consensual incest is immoral guilty of creating a climate of hatred and danger to those who are in plural relationships, open relationships, or incestuous relationships? Do all moral claims about behavior constitute hatred toward people and contribute to climates of danger and fear, or is it just the moral claims with which homosexuals disagree that create climates of hatred, danger, and fear?

The kind of reasoning employed by homosexual activists is akin to the logical fallacy of “guilt by association.” Homosexual activists are attempting to coerce orthodox Christians into either self-censorship or outright rejection of the belief that homosexuality is immoral by associating it with a group with whom no one, including orthodox Christians, would want to be associated. But as one writer explains, “the fact that someone does not want to be associated with people she dislikes does not justify the rejection of any claim. For example, most wicked and terrible people accept that the earth revolves around the sun and that lead is heavier than helium. No sane person would reject these claims simply because this would put them in the company of people they dislike (or even hate).”

This line of reasoning also employs the logical fallacy of “hasty generalization” in which all members of a group are assumed to have all the characteristics of one or a few of its members.

In the book After the Ball, homosexual tacticians Marshall Kirk and Hunter Madsen, architects of what is referred to in the book’s acknowledgments as a “gay manifesto,” urge homosexual activists to “learn from Madison Avenue, to roll out the big guns. Gays must launch a large-scale campaign. . . .We’re talking about propaganda” which “relies more upon emotional manipulation than upon logic, since its goal is, in fact, to bring about a change in the public’s feelings.”

Kirk and Madsen’s goal is to “make homohating beliefs and actions look so nasty that average Americans will want to dissociate themselves from them.” What must be made clear is that what Kirk and Madsen mean by “homohating beliefs” are any negative views of homosexual acts, including even those that involve no hatred whatsoever. They go on to say that they “intend, by this tactic, to make the very expression of homohatred so discreditable that even Intransigents will eventually be silenced in public.”

Then they offer their truly pernicious tactic:

“The public should be shown images of ranting homohaters whose associated traits and attitudes appall and anger Middle America. These images might include:

I’m sure Kirk and Madsen would have liked nothing more than to be able to associate the Tel Aviv masked gunman’s bloodbath with orthodox Christianity.

Christians ought not to fall victim to this tactic. Christianity teaches not only that homosexual acts are sinful but also that no person shall commit murder; that hatred stirs up strife, but love covers all offenses; that we are to love one another, for love is from God, and whoever loves has been born of God and knows God; that anyone who does not love does not know God, because God is love; that we are to do good to those who hate us and bless those who curse us and pray for those who mistreat us; and that all are created in the image and likeness of God.

Now is the time to pray for those who were injured and for the loved ones of those lost in Saturday’s carnage and to administer the full weight of civil justice to the guilty party: the man with the seared conscience who opened fire on a group of teens.