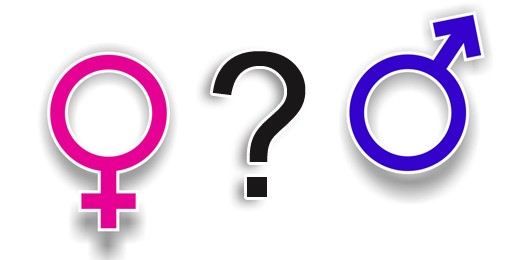 AP Reports that Sex-Change Treatment For Children Are On The Rise
Written By David E. Smith   |   02.23.12
PRINT

The Chicago Tribune published an article by Associated Press medical writer Lindsey Tanner which states that a growing number of teenagers and even younger children “who think they were born the wrong sex” are finding doctors willing to give them “sex-changing treatments.” Tanner says the issue “raises ethical questions.”

Tanner tells the story of an 8-year-old girl in L.A. who at 18 months announced “I a boy.” Her parents parents now refer to her as a boy and are “watching for the first signs of puberty.” The child’s mother says that when “he” was told he could get shots to block breast development, “he was so excited.”

Leading the charge to facilitate this cruel deception is Dr. Norman Spack of Boston’s Children’s Hospital, a doctor who is no stranger to media attention for his work. “If you open the doors, these are the kids who come,” Dr. Spack says. He believes  that the psychiatric diagnosis of “gender identity disorder” for children who wish they were born the opposite sex is a “misnomer.”

Dr. Margaret Moon, a member of the American Academy of Pediatrics’ bioethics committee, cites ethical concerns with offering “sex-changing treatment” to kids under the age of eighteen. She says that some kids may get a psychiatric diagnosis when they are just uncomfortable with “narrowly defined gender roles” and that it is harmful “to have an irreversible treatment too early.”

Dr. Spack’s “Gender Management Service” clinic opened in 2007, and he reports a fourfold increase in patients, up to 19 each year, versus four in the late 1990s. Once younger children begin to show signs of puberty, they are given puberty-blocking drugs, in monthly injections or implants imbedded in the arm. Later, teens are given hormones, which can have serious side effects, including blood clots and cancer.

The article concludes with comments from Dr. Jo Olson, medical director of a transgender clinic at Children’s Hospital Los Angeles. Olson said that reports appearing in the medical journal Pediatrics should help persuade more doctors to offer these kids “sex-changing” treatment or refer them to specialists who will. “It would be so nice to move this out of the world of mental health, and into the medical world,” Olson said.

Gender confusion is not confined to the world of mental health, as Dr. Olson asserts.  It is now a major issue political issue and is on the fast track to normalization in our schools and halls of legislation.  In the Illinois General Assembly, lesbian activist and State Representative Kelly Cassidy (D-Chicago) has even sponsored legislation (HB 4725) to add Gender Identity Disorder to the list of “hate crimes.”  (Thanks to IFI’s lobbying efforts, HB 4725 failed to advance out of committee on February 23rd. Two voted in favor, three voted “present,” and two voted no.)