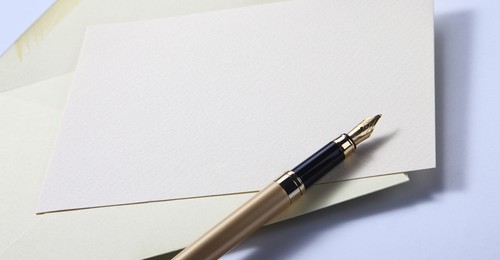 Who am I? I’m a husband and a father. More importantly, and by the grace of God, I’m a follower of Jesus Christ.

This is what motivates me to write you.

You don’t have to read on, but I pray you will.

What I write I write with the purest of aims and with your well-being in mind – physical, emotional and spiritual well-being, both now and for eternity.

You will read truth here, not because I say it’s true – I’m nobody – but, rather, because the Creator of the universe, the very God Who wove you together in your mother’s womb made it true.

I have three kids, a boy and two girls. My son will soon enter his teenage years. I’ve had many people ask me what I’d say to my children if one of them came to me and declared: “Dad, I’m gay.”

Here’s what I’d say. I’d tell them exactly what I’m about to tell you.

I love you. I neither judge you nor condemn you. I accept you and I would die for you.

Yes, you may be physically attracted to people of the same sex, but how you act on those attractions is entirely your choice. Who you are – your identity – is not defined by your sexual feelings, temptations or behaviors. The difference between who you are and what you feel or do is as the difference between night and day.

Here is who you are: You are a wonderful, beautiful, precious human being created in the image and likeness of the one righteous and Holy God of the universe.

But you are flawed – you are a sinner.

We are all flawed sinners – corrupted beings in a corrupted world. We are all tempted by sin.

Those temptations manifest themselves in different ways for each of us. We are all on equal footing, however, as to how we react to those temptations.

Every major world religion, thousands of years of history and uncompromising human biology declare this objective reality from the rooftops.

Though your heart may deceive you, something deep within you knows this to be true. Scripture says, “The heart is deceitful above all things and beyond cure. …” (Jeremiah 17:9)

Some say, “But Jesus never mentioned homosexuality.” First, we don’t know this. We have no record in Scripture of Him specifically addressing homosexual sin, but neither do we have a record of His addressing incest, bestiality or other sexual sins.

In fact, homosexual sin is expressly identified in both the Old and New Testaments as being among the list of sins that, if committed without repentance, will prevent you from “inheriting the kingdom of God.”

That is to say, yes; unrepentant homosexual behavior is disobedience to God. If we rebel against God and refuse to repent and ask His forgiveness, then we have chosen our own fate – we have chosen to disqualify ourselves from heaven.

We have chosen hell.

To sin, however, is easy.

Still, to endure the consequences of that sin, both here and throughout eternity, will be more difficult than our limited minds can fathom.

Romans 6:23 admonishes: “For the wages of sin is death, but the gift of God is eternal life in Christ Jesus our Lord.”

Sin can lead to physical death; but it also leads to emotional and spiritual death.

If you are caught up in homosexual sin, you know – intuitively you know – that such conduct is wrong, that it is both immoral and unnatural behavior.

Truth is truth, even though we may deny it.

God has written His law on your heart. You are a physical being; but, more importantly, you are a spiritual being. When we sin, we create separation between ourselves and God.

God’s word also says that when we sin sexually, it’s particularly egregious because our bodies are the temple of Christ. This separation from God – a natural result of sexual sin – can lead to depression and even despair.

If you feel such despair, know this: it is not “homophobia” causing it, as adult enablers might tell you, but, rather, it is the sin itself that causes it (or struggling alone, absent Christ, with the temptation to sin).

You are being used. Adult homosexual activists with a political agenda are using you as a pawn to achieve selfish goals in a dangerous political game.

You’re just a means to an end.

They may have convinced themselves otherwise, but they don’t care about you. They don’t love you. They can’t. Their version of “love” is built on lies. It’s devoid of truth.

Love without truth is hate.

If you continue down this wide, empty path, make no mistake: it will not “get better.”

It gets much, much worse.

Consider, for instance, that according to the CDC this path will lead you, boys, to a one-in-five chance of contracting HIV/AIDS. The CDC also found that 64 percent of all syphilis cases strike “gay” males and that homosexual behavior leads to astronomical risk of nearly all other forms of STD.

Even more startling is the fact that, according to the International Journal of Epidemiology (IJE), “[L]ife expectancy at age 20 years for gay and bisexual men is 8 to 20 years less than for all men.”

But there is hope.

Jesus loves you with a love that no human can fully grasp. This is true not because of your so-called “sexual orientation,” but, rather, it is true in spite of it.

Kids, take your sexual confusion – your struggle with sin – to Christ.

No one else can give you rest.

Matt Barber (@jmattbarber on Twitter) is an attorney concentrating in constitutional law. He serves as Vice President of Liberty Counsel Action . (This information is provided for identification purposes only.)