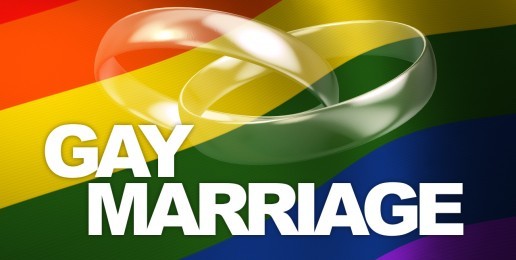 As you may already know, the California State Supreme Court disregarded the will of its citizens yesterday when it legislated from the bench, obfuscating the very meaning and institution of marriage. This, despite the fact that California had clearly voted to preserve marriage in 2000 with the passage of Proposition 22 referendum.

Simply put, I find it outrageous that four Judges were able to overturn the will of 61 percent of the voters — essentially 4.5 million California residents. Here we have liberal arrogance on display and at its best.

Moreover, a handful of judges should not be able to disregard thousands of years of human history and the evidence of social science that marriage between one man and one woman is best for society, families, and children.

This ruling means that California now becomes the second state to redefine marriage to include homosexual relationships. Obviously, homosexual activists prefer that judges make the decision about marriage like they’ve done in California and Massachusetts, not you the voter.

The California decision is just another example of how insidious the homosexual agenda has become. It is another call for us in Illinois to wake up to the reality of how serious they are in their attempt to enact some form of counterfeit marriage (civil unions or “gay” marriage) here in the Land of Lincoln. This should motivate all concerned citizens in this state to speak out now and actively lobby their elected officials about the importance of preserving natural marriage. It’s up to the people to decide the definition of marriage; it should not be left to judges.

I’ve used this quote before, and I use it again now to emphatically declare how absolutely applicable this statement is in the current struggle to defend the institution of natural marriage.

Since the forced legalization of same-sex “marriage” in Massachusetts in 2003, 24 states have voted on the issue — with an average vote of over 68.6 percent in favor of defending marriage. The American people overwhelmingly and clearly reject the idea that marriage could be anything but the union of one man and one woman.

That gives us a total of 27 states which now have placed marriage amendments in their state constitutions — more than half the country! And there are more to come with California and Florida expected to vote on constitutional amendments this November.

Despite these advances, liberal and homosexual activists will continue to work hard to redefine marriage and family, aided and abetted by out-of-control government, activists courts, and the dominant liberal media. But we cannot give up!! Instead, as Buckley suggests, we must assert our God-given rights as American citizens to take back the government from the few who would wrest it away from us or impose their ideology unfairly through the courts.

If you haven’t communicated your opposition to the current push for counterfeit marriage here in Illinois (civil unions), this is a prime opportunity to do so! I cannot stress enough the urgency of your action here.

TAKE ACTION: If you haven’t already, please, SPEAK UP!!

Send an email or fax to your State Representative today and ask him/her to vote ‘NO’ to the “Civil Unions” bill — HB 1826. Our email system is very easy to use, and it will only take a minute or two of your time.

Politely tell your lawmaker that Illinois’ government should not officially recognize immoral, unhealthy, and changeable homosexual behavior. (Be assured, your calls and emails are very important; legislators take very seriously the number of emails, faxes, and calls they receive.)

IT IS VITAL THAT YOU VOICE YOUR CONCERNS TO YOUR ELECTED OFFICIALS. If our legislators give all the rights and benefits of marriage to homosexual partners (through this “Civil Unions” bill) it will forever alter our understanding of marriage and family — the bedrock of healthy civilizations.The only difference between marriage and the governmental recognition this bill would grant is in name.

Thank you and May God continue to bless you,

Help expand our reach by forwarding this
important email to like-minded family and friends.