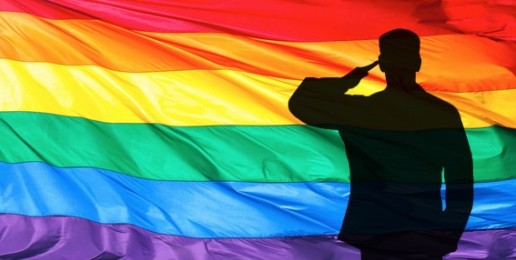 A veteran-related story by The Associated Press focuses on 92-year-old Rupert Starr, a World War II veteran who was captured by the Germans and earned a Bronze Star. The angle of the story, however, is that the veteran is a homosexual who opposed the U.S. military’s “don’t ask, don’t tell” policy – a policy that was lifted in 2011, allowing homosexuals to openly serve in the military.

Barbwire.com founder Matt Barber says the article is a slap in the face to veterans – on a day celebrating their heroism.  He tells OneNewsNow:

“To make this about sexual identity politics, and to focus on this individual’s abhorrent sexual proclivities and his lifestyle choices, and to somehow elevate those disordered behaviors as something to be proud of, is really offensive.”

According to Barber, the AP story – which mentions Starr’s homosexual lifestyle or homosexual activism 10 times in the 16-paragraph story – omits an important result of the military’s policy change: the “explosion” of male-on-male assaults in the U.S. military.

“I mean, immediately upon the repeal of ‘don’t ask, don’t tell’ these homosexual assaults spiked and are even – according to the Pentagon’s own statistics – are utterly out of control right now,” Barber tells OneNewsNow.

A 1,400-page Pentagon report conducted in 2013 reported 26,000 service members had been sexually assaulted; approximately 12,000 were female – 14,000 were male. Seventy-three percent of male-on-male assaults occurred on base, the report found.

The Washington Times reported on the findings earlier this year, quoting a homosexual in the story who claimed the male-on-males assaults weren’t done by homosexuals – that they were more like prison rapes.

Rather than truly honoring veterans in the story, Barber says AP is “acting as activists, in fact cheerleaders, for a radical agenda that has hurt the armed services.”

The Equality Act Will Lay Waste to This Already Divided House