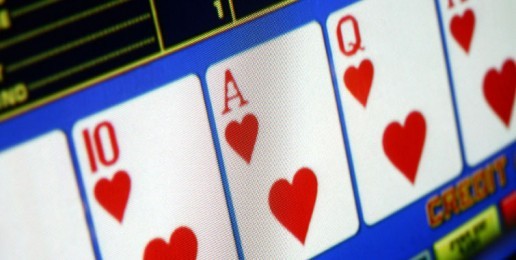 In 2009, the Illinois General Assembly passed and Governor Patrick Quinn signed into law, a bill allowing liquor-serving establishments to have up to 5 video gambling machines. The bill was and continues to be highly controversial. The law allows cities and counties to pass ordinances banning video gambling machines. Eighty communities and counties have passed bans. Ironically, the city of Chicago already had such a ban.

Earlier this week, State Senate President John Cullerton (D-Chicago) announced that he was introducingSB 17, a bill that would repeal the state’s troubled video gambling law.

Take ACTION: Contact your lawmakers to encourage them to support SB 17 to Repeal Video Gambling.

Background
Video gambling is rightly called the “crack cocaine” of gambling. There’s no skill required, and studies have found that video gambling is highly addictive. (See HERE, HERE and HERE.)

Illinois lawmakers are wrong to think that they can mitigate our state’s revenue shortfall by expanding predatory gambling. Moreover, it is morally indefensible for the State to approve, licence and promote an industry that thrives on the exploitation of the citizens its constituted to serve. Creating thousands of citizen losers to create a revenue stream is terrible public policy.

Gambling addiction is linked to bankruptcy, home foreclosure, depression, and white-collar crime, all of which lead to family stress and can lead to domestic violence, divorce, and suicide. Playing these kinds of odds against your constituents is not good public policy.

Video gambling in our state is not worth the costs to the state in broken lives and shattered families. Please take a few minutes today to do this simple call to action.