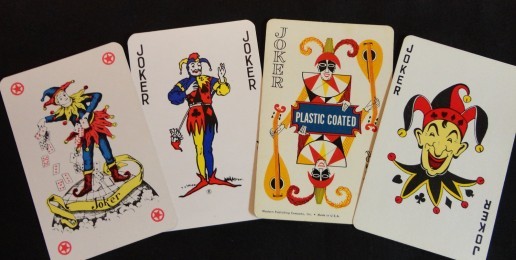 SB 1849, the massive gambling bill that passed in the Illinois House on Wednesday may be called in the Illinois Senate any time during the next seven days.  It may even be called for a vote today.  Please take a moment to pray that our state senators will recognize the dangers of expanding gambling, and reject this proposal.  After that please take two more minutes to call your state senator to urge him/her to vote against this monster predatory gambling bill.

I encourage you to read the short article below by attorney and University of Illinois professor, John Kindt, which exposes the real economic effects of gambling, effects that the bill’s sponsors never share.  For example, when State Representative Lou Lang (D-Chicago) and State Senator Terry Link (D-Lincolnshire) appeal to their colleagues about losing Illinois gamblers to other states and, therefore, losing gambling revenue to other states, they never disclose the fact that Illinois “casinos ship more than $1.2 billion per year to their Las Vegas and headquarters offices.”

State’s Best Bet Would Be to Phase Out Gambling

The Illinois budget would probably be balanced today, except for the $37.5 billion to $46 billion given away to Illinois gambling interests over the last two decades. Faced in 1990 with a choice between a continued consumer economy or a new casino/slot machines economy, Gov. James Thompson’s lame-duck administration chose gambling. During the same time period, Virginia rejected casinos/slot machines and today has a budget surplus.

The original 10 Illinois licenses, which were worth a fair market value of more than $5 billion in 1990 ($9.5 billion in 2012 dollars) were granted for $25,000 per license to political insiders — including one casino owner recently convicted in the Gov. Rod Blagojevich scandals. Since 1990, Illinois has tagged the proposed new 2011 casino licenses at $150,000 each — when they are really worth billions of dollars.

The 2011 state income tax increase of 66 percent has occurred after years of tax decreases on Illinois gambling. By comparison, the recent reduction of health-care benefits would save Illinois $788 million — at most. Illinois tax policy appears to be: “Tax the vulnerable to enrich the gambling owners.”

In Canadian casinos, the taxpayers keep virtually 100 percent of the casinos’ profits, while paying only “management fees” to the gambling companies. By comparison, in Illinois the casinos ship more than $1.2 billion per year to their Las Vegas and headquarters offices. To emphasize the patriotism of the gambling interests, it should be noted that after 9/11 when the U.S. Congress passed the Economic Stimulus Act to revive the U.S. economy, an Illinois congressman slipped a provision into the act that granted the gambling interests a $40 billion tax write-off for “slot machines” (and he was asking for a $133-billion write-off).

Concerned with these developing scenarios and encouraged by overwhelming bipartisan congressional support, U.S. Sen. Paul Simon sponsored and enacted the U.S. National Gambling Impact Study Commission. Among other recommendations, the 1999 U.S. Gambling Commission recommended a moratorium on the expansion of any type of gambling anywhere in the United States, as well as the re-criminalization of slot machines/electronic gambling machines (EGMs) convenient to the public. These conclusions have been strongly reconfirmed in the multi-volume 2009-12 U.S. International Gambling Report, produced in large part at the University of Illinois and in concert with colleagues at other academic institutions.

By comparison, the Illinois legislature has continued to embrace the Illinois casinos and their slot machines/EGMs, repeatedly lowering the de facto taxes on gambling — while raising various taxes on Illinois residents and businesses.

People who like to play slot machines/EGMs should demand legislative hearings to see if these machines are “fair.” In the 10-minute investigative video “Slot Machines: The Big Gamble” by “60 Minutes” in 2011, the pending EGM scandals were highlighted (and this report can still be viewed online at “60 Minutes”). People need to know if they are being cheated.

In 2005, House Bill 1920, supported by Speaker Michael Madigan, to eliminate the 10 Illinois casinos and thereby create new jobs, passed the Illinois House of Representatives by a vote of 67 to 42, but the bill was then procedurally killed by Gov. Blagojevich. However, in Omaha, Neb., government leaders, including business icon Warren Buffett, bulldozed the failing racetrack and the proposed “salvation” casino (despite two casinos being located nearby in Iowa). Instead of a casino, Omaha built a high-tech office park and University of Nebraska  facilities on the old gambling venue. These developments attracted townhouses and an entertainment complex including restaurants and shops, thereby generating a billion-dollar neighborhood expansion, which ironically now includes the new building for the UNO College of Business.

If the Illinois legislature was not so intimidated by gambling lobbyists, Illinois could immediately generate billions of dollars for taxpayers by taxing the gambling interests at 100 percent like the Canadian model and by collecting another $9.5 billion (in current dollars) that the casinos should have already paid in license fees. The gambling lobby will be distressed but the Illinois taxpayers will be gratified.

In the long term, gambling should be phased out as in Nebraska, Virginia and South Carolina to pump-prime the consumer economy and create excesses of new sales tax revenues and other traditional consumer-based tax revenues. Illinois cannot gamble its way to prosperity.

Professor John Kindt of the University of Illinois is a senior editor and contributing author to the U.S. International Gambling Report. He has often testified before Congress and state legislatures.