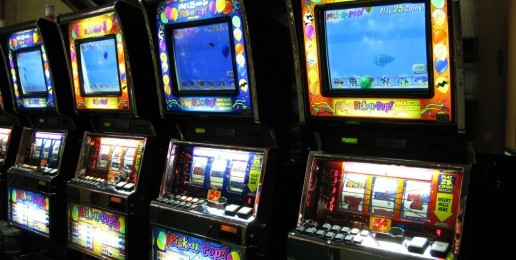 Springfield lawmakers are again pushing a number of bills that would expand predatory gambling in Illinois. With the construction of the state’s 10th casino underway in Des Plaines and the passage of legislation that would allow up to 5 video slot machines in neighborhood establishments where liquor is served, Illinois will potentially have more gambling opportunities than any other state in the nation — including Nevada!

But state lawmakers want more. It would seem that the state is not doing enough to exploit and steal from the very citizens they are to serve.

Take ACTION: This is your chance to speak up before it’s too late and before it’s rammed through the legislature in back room deals!  Send your lawmakers an email or a fax to tell them “NO MORE GAMBLING.”

The problems with gambling are not just with those who lose financially — that’s obvious — but the wider community also loses as gamblers engage in destructive behavior: they commit crimes, run up large debts, damage relationships with family and friends, and commit suicide at rates alarmingly higher than the rest of society.

Gambling is no economic panacea — even in Illinois’ big cities. It would actually add to the homeless problem, bring increases in crime, suicide, domestic abuse, and alcohol abuse while creating broken families and new addictions.

It cannot be overstated — the social costs of gambling far outweigh the perceived financial benefits.