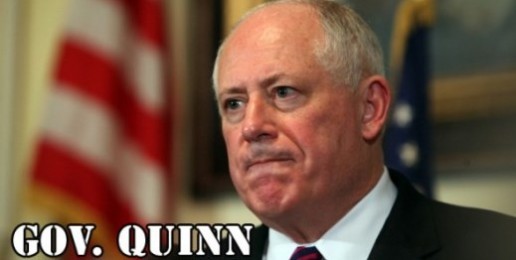 The Governor has not taken action on the following gambling expansion bills.  Keep calling the Governor’s office at (800) 642-3112 and ask that he VETO these bills:

House Bill 996 is an expansion of charitable gambling that also allows video gambling machines in the same facility, turning the events into full casinos.  Gambling companies, not charities, will rake in most of the money.   The Department of Revenue does not have enough investigators to adequately monitor and enforce this law.

House Bill 1140 legalizes electronic raffle machines in bars, which would be under local control, not regulated by the Illinois Gaming Board, and could be ripe for corruption.

House Bill 1570 expands video gambling in restaurants that have Off Track Betting Parlors.

House Bill 2520 expands gambling and increases the danger of drinking and driving by legalizing Poker Runs as charitable gambling.  Participants travel-usually on motorcycles–to 5 or locations-usually bars-where they draw a playing card to assemble a poker hand.

Senate Bill 2234 allows electronic vouchers to be used in video gambling machines instead of cash.  Vouchers make it easier and faster for people to lose money and gamble away winnings.

In January, the Illinois Gaming Board denied licenses to social clubs.  Rather than follow the law, Legislators passed Senate Bill 2371 to legalize video gambling in thousands of private clubs, both for profit and non-profit.

Take ACTION:  Click HERE to send a message to Governor Quinn asking him to veto the above gambling bills.  You can also call his office at (800) 642-3112.

Background
Governor Quinn has signed SB 1884 to legalize Advanced Deposit Wagering, SB 1738 to expand video gambling, and SB 70 to exempt veterans and retail liquor establishments closer than 100 feet from a church or school if the original liquor license was at the location first.

The massive gambling expansion bill, SB 1739 was not voted on in the House, but could be called for a vote during the fall Veto Session, which is scheduled for October 22-24 and November 5-7.  This article shows the back room negotiations that go on every time there is a gambling bill.  The last line is very telling–Handing Rita this hot potato at the last minute was probably a sign from someone that powerful people didn’t want the measure to pass.