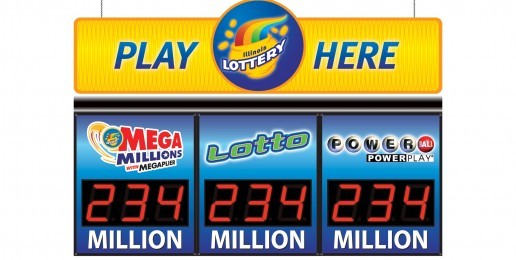 Lottery officials need to make sure they’re not selling to minors and that the people buying tickets actually live in Illinois. But the information lottery officials are asking for is a bit personal, and it’s not sitting well with some ticket buyers.

The online system tracks users’ IP addresses, to ensure buyers are within state lines.  Lottery Superintendent Michael Jones said the Lottery has taken steps to protect users’ personal information online. “We have a private Manager – North Star – who’s responsible for the operational aspects of lottery and they have hired and created software to do that,” he said.  Read more HERE.

University of Illinois Professor John Kindt speaks out about the dangers of Internet Lottery.    The measly $100 million the state expects to rake in this year is going to cause a $1billion social problem, because the state is going to be creating all these new addicted gamblers, particularly among young people, the most vulnerable and fastest growing gambling market.  Gambling is not just a major drag on tax revenues, but also on local economies.  Read more HERE.

Legislators and gambling interests have been meeting behind closed doors with a representative of the Governor’s office to work on a gambling expansion bill.  If, and when there is an agreement, the bill will move very quickly for a vote.

The Illinois House launched a new venue for citizens to participate in the legislative process by filing witness slips online.  During committee hearings is the only time public opinion is openly incorporated into the Illinois House’s decision-making. The Illinois House’s new public interaction via the internet allows citizens over age 13 to file witness slips online and provides a way for virtual participation in the House proceedings.  The forms are considered official state documentation and information included should be verifiable.  Read more HERE.