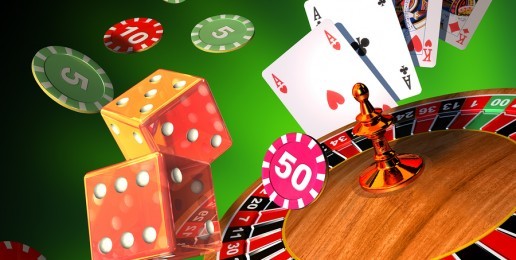 SB 1849, the massive gambling expansion bill, barely passed the Illinois Senate tonight by a vote of 30-26 with three voting present — just an hour and half before the official end of the Spring Session.  This vote, however, falls short of the 36 votes needed to over-ride a potential (and anticipated) veto by Governor Patrick Quinn.  Sponsored by State Senator Terry Link (D-Lincolnshire), this legislation authorizes five new casinos — including one in the City of Chicago — and adds video slot machines at the existing six horse race tracks.  This would bring the total number of casino-like establishments in Illinois to twenty-one.

Click HERE to see the official voting record of how your state senator voted or look below at the graphic.

Thankfully, media reports suggest that Gov. Quinn remains opposed to this bill.  Last week, Quinn told ABC7 Chicago Political Reporter Charles Thomas that this bill “has ethical loopholes you can drive a truck through, and that is not acceptable.”  Thomas continued to report that the “governor repeated his vow Thursday to veto the gaming expansion bill in its current form if it is passed by the senate.”

Take ACTION: Encourage Gov. Quinn to follow through on his veto threat.  Click HERE to send Gov. Quinn an email or a fax to ask him to veto SB 1849.  You may want to remind him that he promised not to expand gambling when he originally ran for Lieutenant Governor. 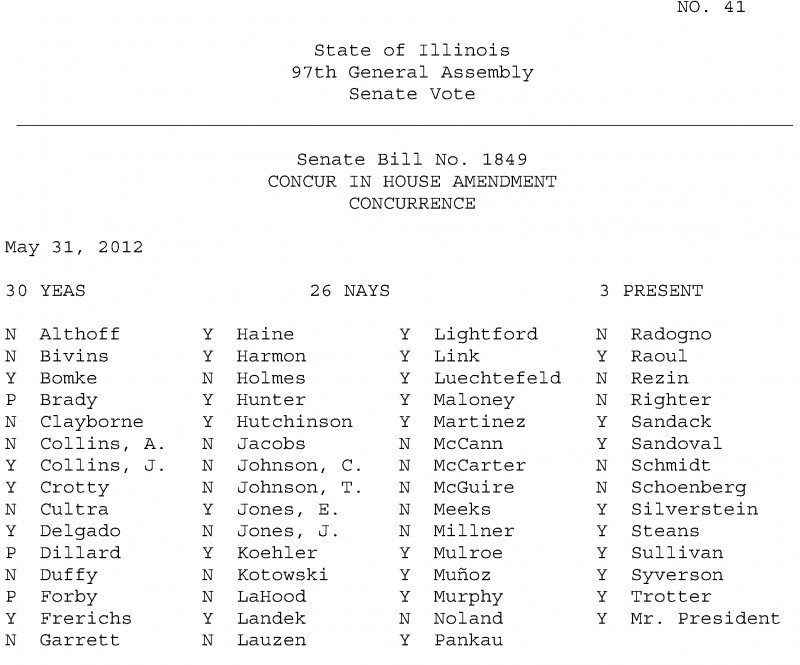