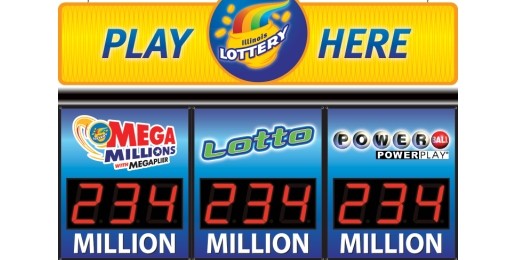 Promoting An Addiction and False Hope

It is clear the Christmas season represents different things to many Americans. Some see the season as an opportunity to attack Christianity and manipulate this part of the year to serve their agenda. Others look at the federal holiday of Christmas as a means to increase their financial bottom line regarding sales of merchandise. This is illustrated perfectly by the term “Black Friday” which connotes the day after Thanksgiving which merchandisers see as a day to make maximum profit for the year through marketing gimmickry, all pointing towards sales surrounding Christmas. It is interesting the use of the term “Black Friday” is connected with what should be a time of joy, light and celebration.

I believe some of what I mentioned above may simply be a sign of the times. Certainly every business owner does not look at Christmas as a time to ensure that their company is financially solvent. But a new ad campaign promoting the Illinois Lottery crosses the line. The commercial currently airing across the state is using a Christmas hymn to promote the sale of lottery tickets. Viewers are led to believe by simply scratching off a place on a lottery ticket they can provide gifts to those who are special to them; of course, that is, if you are a winner in a game where the odds are heavily tilted in favor of the state, as is the case with any for-profit endeavor involving gambling.

The truth of the matter is… gambling is an addiction which has broken up countless families and has led to thousands of suicides in Illinois alone. Indeed, the state of Nevada, whose primary source of revenue is generated from the gambling industry, leads the nation in suicides.

But in the case of the Illinois Lottery, using a Christmas carol to promote what many see as a social evil should be resented by all Christians, no matter what their opinion of the Lottery. Set to the melody of “Joy to the World” the Illinois Lottery ad reads:

The voice-over at the end of the 30 second ad infers a gift to people, like those listed above, will possibly provide them with the opportunity to give “joy” to others. Again, that is if you beat the overwhelming odds and are a winner.

“It is wrong for the Illinois Lottery to use ‘Joy to the World, the Lord has come’ to entice people to gamble at Christmas time,” said Anita Bedell, Executive Director, Illinois Church Action on Alcohol & Addiction Problems* (ILCAAAP). “This is a calculated move on the part of the Lottery to normalize gambling by including Lottery tickets as Christmas gifts.”

Bedell is right on the mark regarding her criticism of state Lottery officials who approved this ad. I would like to point out the insulting message the ad is sending to the public while the Illinois Lottery uses a Christmas carol celebrating the birth of Jesus Christ–who was sent by God to save mankind–not to sell Lottery tickets.

The actual verses to “Joy to the World” are as follows:

Subsequently, Jodie Winnett, the Acting Supervisor of the Illinois Lottery, who had to approve the boorish Illinois lottery ad demonstrated a lack of sensitivity on many fronts. First of all, we keep on hearing the term “separation of church and state” from those who oppose the expression of religious faith in the public square. Yet it is apparent when it is to the government’s benefit, references to Jesus Christ and the federal holiday of Christmas will be used by the state. Can you imagine the Illinois Lottery using the original lyrics to “Joy to the World” and then saying “Merry Christmas from all of us at the Illinois Lottery”? Don’t hold your breath waiting for that commercial because you will never see it.

Let’s take a moment to jog the memory of Lottery officials and many in the public who have forgotten what Christmas truly represents. December 25th is a day when people around the world celebrate the humanly birth of God’s only Son — Jesus Christ (Matthew 1:18-25 and Luke 2:1-20).

Jesus had a heavenly pre-existence (John 1:1-3, 14). He is God, the Son-Creator of the universe (Philippians 2:5-11). This is why Christmas is called the incarnation, a word which means “in the flesh.” In the birth of Jesus, the eternal, all-powerful and all-knowing Creator came to earth in the flesh.

Some historians debate whether Jesus Christ was actually born in December, but that has little to do with the historic and documented fact Christ lived, had an earthly ministry, was crucified and died on a cross in a place called Golgotha, located just outside what then were the city walls of Jerusalem. There are reports from secular historians and witnesses who lived at the time who say Christ was resurrected and was seen in many places after He was put to death by Roman and Jewish authorities.

Why would God do such a thing? Why would he come as a baby, instead of appearing in power and majesty? Why make himself a true man and live among us, when he knew full well how terribly he would be treated? It was LOVE! It was necessary, if we are to be saved! (John 3)

But the day Christmas itself is a celebration of God’s gift to man. It should not be exploited as a means for companies to meet their bottom line, it is not a day where Santa supposedly comes down a chimney to bring presents to children, and it’s certainly not a season to help the Illinois Lottery sell more scratch-off tickets to the public — some of whom are tragically addicted to gambling.

Sadly, Illinois Lottery officials demonstrate a type of insensitivity when we, as Americans, are constantly reminded to be tolerant and respectful of others.

No matter what your thoughts about gambling or the Illinois lottery, Christians must admit it is time a line be drawn in the proverbial sand. I find it amazing there is a need to write such a column regarding a state-run agency which needs to be reminded that Christmas is not a day to be used in a way that encroaches on public decorum in so many ways.

The Illinois Family Institute has issued an action alert regarding the offensive Illinois Lottery ad — Click HERE to contact Jodie Winnett, the Acting Supervisor of the Illinois Lottery, to ask her to stop misusing the true message of the season to promote its predatory lottery tickets which only push people deeper into debt and despair.

*ILCAAAP fights against the expansion of gambling. ILCAAAP can be contacted via e-mail at: mail@ilcaaap.org or call (217) 546-6871.