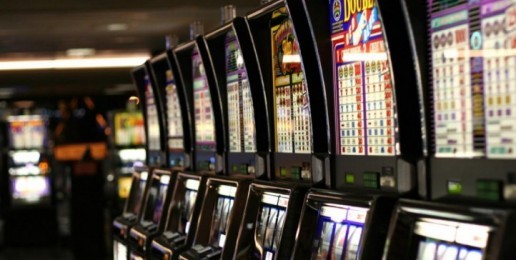 On Thursday morning, IFI Board Member and long-time pro-family leader Karen Hayes testified before the Illinois Gaming Board in opposition to a proposal that would allow 24-hour, non-stop gambling 7 days a week at casinos in Illinois.  This is a copy of  her testimony:

Chairman and members of the Illinois Gaming Board,

My name is Karen Hayes, and I’m here today on behalf of the Illinois Family Institute to strongly urge you to again reject any attempt to embrace round-the-clock legalized casino gambling.

As our public gatekeeper of legalized gambling in Illinois, we appeal to you to firmly oppose removing the very minimal gambling hour limits currently in place.  Keeping a definitive end to the day of casino gamblers avoids troubling non-stop never-ending round-the-clock access, temptation and exploitation of the most vulnerable gamblers which include senior citizens, women, and young adults. There would be nothing to stop problem gamblers from literally gambling for days.

To be clear, as a statewide non-profit and non-partisan pro-family ministry, firm reliance on time-tested Judeo-Christian principles is the foundation of what we support and advocate as good public policy.   This includes Jesus’ admonition that we can’t serve both God and money, and the Apostle Paul’s warning that the “…the love of money is a root of all kinds of evil. Some people, eager for money, have wandered from the faith and pierced themselves with many griefs.”    Today those griefs include the harmful consequences to Illinois families.  I know a former addicted gambler whose young family was directly threatened as a result of his out-of-control gambling.   The threat wasn’t theoretical, it wasn’t speculative, it wasn’t included in any study, and there were no public hearings about it — but it happened right here in Illinois.

Gambling, which was once widely accepted as vice and plainly understood to be harmful to individuals, families, and local communities, has already been expanded beyond anyone’s imagination in just a few years. Unfettered access to legalized casino gambling despite the increased harm is a bad bet for Illinois, and should continue to be roundly rejected.

It’s easy to foresee the causes and effects of non-stop gambling:

Which will cause more harm to Illinois individuals and families;

Which will result in increased social costs, at a rate of $3 for every $1 gambled;

Which will lead to more “revenue enhancements”/taxes;

Which will put an even heavier burden on Illinois families;

Which will increase desperation and lead to more non-stop round-the-clock gambling.

If I may add another timely concern I think for all Illinois citizens.  Just two months ago, Pew Research Center announced findings of economists Douglas M. Walker and Peter T. Calcagno; and the bottom line was reported as this:

“When casinos come to town, an increase in public corruption is likely to follow.”  Furthermore, “Mississippi led the list (of most corrupt states) … followed by Louisiana, Illinois and South Dakota.  At the same time, none of the five states with the lowest corruption rates had legalized casino gambling during the study period.”

With due respect, it’s hard to fathom any serious regulation if all time constraints are thrown out. This proposal only increases the favored odds of profiteers and decreases the odds of their necessary losers, and it will be even more harmful to Illinois families.  In fact, with such minimal, lenient hour restrictions currently in place, this Gaming Board may do well to seriously consider rolling them back instead.

Thank you for considering our concerns.