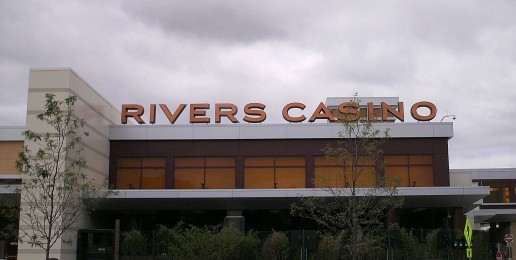 Absolutely despicable!  The fact that the new Rivers Casino in Des Plaines was caught promoting its vice to struggling gambling addicts is outrageous.  How else can we describe Rivers’ attempt to lure vulnerable victims to the lair?

Rivers Casino specifically targeted people who recognize they are problem gamblers — people who have voluntarily put themselves on a self-exclusion list to be kept out of gambling establishments. There are thousands of Illinois people on this list.

This isn’t really a big surprise; after all, the gambling industry is built on greed and exploitation.  Thanks to complicit and foolish state lawmakers, gambling has been allowed to expand across the state and nation, so much so now, they’ve over-expanded and have saturated the market.

Well that’s not good news for the gambling industry.  If they want to stay afloat, they need plenty of losers, so their new targets are self-identified gambling addicts!   Since Illinois state lawmakers approved these casinos (10 state-wide), giving their imprimatur to these exploitative games of chance to get their share of the booty, does it really matter who they target or exploit?  As long as the state and gambling industry get their ill-gotten cut, it doesn’t matter how much it costs the families and legitimate businesses of Illinois.