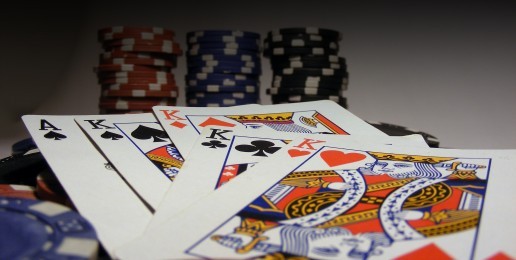 True leadership requires individuals who have a clear vision on how to build a better future for their constituents. Our local political class, business leadership and newspaper, in their passionate pursuit of a Rockford casino, all seem mesmerized by the allure of a quick fix to this area’s economic problems. The arguments the pro-casino advocates are putting forward are in some cases ridiculous.

Chuck Sweeny’s column June 26 indicates he thinks that a 401(k) and putting money in a slot machine represent a similar investment. I have the image in my mind of financial advisers all over the Rockford area falling out of their chairs when they read that line.

He struggles to see a distinction between church bingo and a for-profit casino. His conclusion is that opposition is only coming from the far left and the far right. Chuck, that’s where you find political activism. What it really shows is that opposition crosses normal partisan boundaries with a multitude of people in the middle who do not want the casino to go forward.

Last but not least, he states the tired old argument that Rockford has to build a casino because Beloit has talked about building its own. The Beloit casino project has been dead in the water for years. If Rockford builds the casino, it vastly increases the probability that Beloit will feel that plans for its mega casino would have to move forward. A bigger, more attractive Beloit casino could turn Rockford’s casino into just another white elephant.

The newspaper’s July 3 editorial proudly claims that 1,105 people have signed the support petition as of Friday, July 1. In reality that’s a surprisingly low number of supporters for this project, considering the promise of new jobs the casino advocates are offering to gain support for their project and the aggressive promotion of the casino that’s taking place.

In your June 26 column you make the presumptuous claim that you are speaking on the behalf of more than 1,500 local businesses and their 60,000 employees. When enormous amounts of their cash flow start to be redirected from local merchants to the casino’s slot machines and gambling tables, how will you explain to them that your advocacy for the Rockford casino was in their best interests? It appears that you are more interested in supporting the powerful gambling lobby than your own constituents.

Our local political leadership represented by Rockford Mayor Larry Morrissey, state Sen. Dave Syverson and Winnebago County Board Chairman Scott Christiansen sadly are all committed to this project. Their collective dream for the future of Rockford is to turn the city into a gambling mecca. They appear to have no other answer for the economic difficulties we face here. Their professional and personal reputations are on the line. I’m not sure they fully understand the extent of the damage they are doing to their reputations in the eyes of the public.

Good bedtime reading for this group is the National Gambling Impact Study Commission’s report. The social costs and inevitable cultural pathologies that are well documented in the report will be with us long after the wages have been earned and spent by the trades who would build the casino. These leaders ignore these facts at their own risk.

These community leaders would better serve our community if they stopped their cheerleading for the casino and thought twice about rushing to push Rockford over the cliff. The character of this community would be damaged and changed forever.

Steve Scherrer is a Roscoe resident.