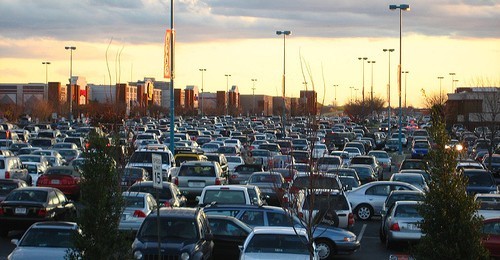 In their quest for new casinos in and around the city of Chicago, State Senator John Cullerton (D-Chicago), State Representative Lou Lang (D-Skokie), Mayor Rahm Emanuel (D-Chicago), and other prominent public officials continually lament the number of Illinois license plates on cars parked at Wisconsin and Indiana casinos.

It’s ironic that these politicians fail to articulate the same level of concern regarding the high number of Illinois plates on cars parked in out-of-state shopping malls — a situation that is especially pronounced during this time of year.

If our elected officials are worried about out-of-state gambling locations siphoning away ill-gotten tax resources from Illinois coffers, how much more should they be concerned about legitimate business being drawn out of Illinois because of anti-business and anti-family tax policies?

Considering that Illinois ranks near the bottom for job creation, has one of the largest budget deficits of any state in the nation, and has the highest sales tax in the nation, Illinois lawmakers would be wise to quit fiddling around with predatory gambling proposals that are harmful to Illinois families and our state’s business climate, and get serious about solving the economic malaise and high unemployment rate plaguing our state.