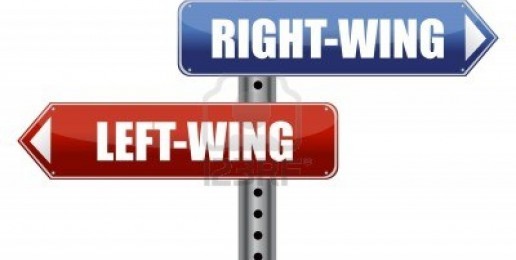 With each passing day the divide between Left and Right in America is becoming more clearly delineated.  The differences could not be more stark, nor the consequences more dramatic. The December 1st Chicago Tribune front page highlighted the Radical Left Rick Garcia’s assault on the Salvation Army because of its position on homosexual “rights.”  Mr. Garcia clearly believes that homosexuals gaining “marriage” as a right is more important than all the good that organizations such as the Salvation Army do.   This great organization is one of the most loved and respected charities in the world, but that is irrelevant to the radical Left.  This is just one of many distinctions between the two sides.  The Left is clearly unconcerned about the cost of their demands to others.  It is narcissism on steroids.The traditional family is unquestionably the best thing going for children.  God created it, every healthy society depends upon it, and any culture that loses it fails.  But, since it stands in the way of same-sex marriage, it must go.  Now, the radicals will not likely admit that eliminating traditional marriage is their goal, or that marriage will be undermined by the acceptance of same-sex marriage, but one need only look to countries where same-sex marriage has been accepted to see the demise of traditional marriage.  And, children are the big losers!Homosexual marriage is not the only enemy of traditional marriage, and it is not marriage’s greatest enemy, either.  Have we forgotten that there was a time when the norm for most Americans was to abstain from sexual activity until marriage?  In 1960, studies show that 83% of black children were born into intact, two parent families.  With the onset of the “Sexual Revolution” the Left attacked the family ferociously and today, 80% of black children are born into a home without a father.  All races considered, currently somewhere around 40% of American children spend significant time in a single parent home.   Inner-city violence, gang activity, and the slaughter of young men at the hands of other young men are directly traceable to the break-down of the family.  The children suffer from the selfishness of the Left, and the Left clearly doesn’t care.  If they did, they would not fight so viciously the changes necessary to reverse this horrendous reality!The Democrats at their National Convention this year could not muster enough votes to include a reference to God in their platform, so after three failed attempts the leadership simply rammed it through.  They understood the political  implications of voting God “out” and did what they needed to do to at least keep the word “God” in their platform.  But, it was clear that the majority of the leaders of the Democrat Party are now uncomfortable with any significant acknowledgement of God in American life!The demographics of the recent election are also enlightening, but an important point was missed by many.  Following the defeat of Gov. Mitt Romney, pundits pointed out that married women voted in significantly higher numbers for the Republican candidate while single women were more likely to vote for the President, and many suggested that Republicans could improve their odds for the future by encouraging single women to get married!  What no one noted was that as women become RESPONSIBLE for children, they tend to vote CONSERVATIVE!  The two go hand in hand!  Responsibility and maturity lead to conservative values.  “Doing your own thing” narcissism is rather a tenet of liberalism.  Those who have matured to take on the serious care of others understand instinctively what is best for children! The principle also holds true in the world of business.  Those who took on the huge responsibility of starting a company that could in turn provide for their own families and many others overwhelmingly voted for the conservative candidate.  Those who are content to depend on others voted for the President.  There was a time when parents believed raising their children to be self-sufficient adults was a primary responsibility of parenting!  Not so any more.This Nation’s track record with regard to children over the last four decades reveals the tragic reality that there is no room on the road of liberal culture for both children and a left-leaning, narcissistic electorate.   The Left will not relinquish any of its gains even to provide a safe haven for children. Liberals such as Chai Rachel Feldblum have publicly noted that either the ideals of the Left or conservatism and the traditional family will survive, but not both.  And, the notion that we can travel safely down the road laid out for us by the President and the Left is a phantasm.  All cultures that have attempted it in the past have inevitably collapsed.Thus we see the conflict between the two factions which the President and other Leftists have exploited for their own political and economic gain.  On the Left, we find moral relativism, gay and abortion rights, sexual “liberation,” expanding welfare and no God.  On the Right, we have an open acknowledgement of God’s role in society, the family, organizations such as traditional churches, the Salvation Army, married women and children, and  entrepreneurs who have risked all to start companies which will provide jobs for others, even to the Leftists who hate them. As this election’s results play out over the next few months and years, on which side of the great divide will you stand?