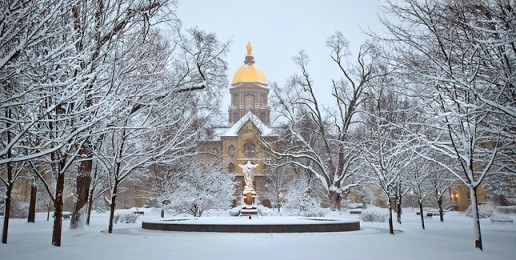 Three female Notre Dame University students who desperately want contraceptive coverage for their extracurricular activities are intervening in Notre Dame’s challenge to Obamacare’s contraceptive mandate. According to their attorney, these three women claim they are “very much in need of contraception.” (It might behoove these women and their attorney to understand the difference between “need” and want.)

We’re expected to believe that three students who can afford to attend Notre Dame cannot afford to pay for birth control pills or condoms? Perhaps they should choose a less expensive institution, tinker with their budgets, or forgo premarital sex—which, in addition to contraception, violates Catholic doctrine.

Their attorney claims these women are “arguing for anonymity” because they fear having their actions criticized and then laughably calls them “courageous.”

Yes, nothing screams courage quite like demanding anonymity in the service of getting other people to pay for their voluntary sexual escapades, which violate the teachings of the university they voluntarily attend.